Geek Out: The CW’s “Arrow” and Feminism

While some people may enjoy the CW’s hit television show Arrow for being an interesting adaption of DC’s famous comic book character Green Arrow, there’s another reason why plenty of fans, myself included, love the television show: they have a lot of women who can kick some major butt.

(Editor’s Note: Thar be spoilers ahead) 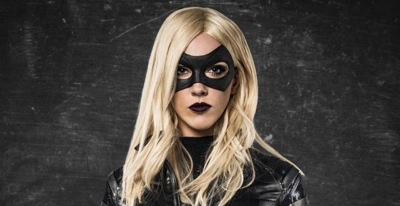 Let’s start off with Dinah Laurel Lance, shall we? When you first meet her in season one, she’s Oliver Queen’s ex-girlfriend who is still reeling from the fact that her former boyfriend is back from the dead after cheating on her with her very own sister. Plus, there’s a new vigilante wreaking havoc in Starling City and she’s not sure if he’s friend or foe. However, Laurel isn’t just some damsel in distress. Not only does she decidedly move on from Oliver Queen and start dating Tommy Merlyn, but she’s also a well-rounded character in her own right, too.

Laurel is tough as nails, which is only fitting since she is the daughter of a cop and a brilliant lawyer as well. But she’s not some stereotypical Mary Sue. The writers allow her to make mistakes, such as trying to capture the Arrow in the beginning of season two, turning to alcohol and pills to quell her grief after Tommy’s death, and fighting with her sister Sarah after she too miraculously returns from the dead. She’s also on her way to becoming a butt-kicking vigilante, just like Sarah. While Laurel doesn’t have the years of training Oliver or Sarah have, she’s bold and angry enough to become the Black Canary.

Moving on from Laurel/the Black Canary, there’s also the compelling figure of Felicity Smoak. While Felicity is not a tough-as-nails warrior princess or even a hot shot lawyer, she’s a genius who worked her butt off to afford college and graduated from MIT. This woman knows computers like the back of her hand and can hack into any system on the planet. She’d even make Lisbeth Solander tremble in her boots!

Aside from being a certifiable computer genius, Felicity is also the heart of Team Arrow and she always believes in Oliver Queen no matter what. It’s clear Oliver loves and respects Felicity because she’s kind, supportive, and isn’t afraid of thwacking him with a clue-by-four should she feel he needs it. If there’s any woman who is a good match for Oliver, it is Felicity because she loves and appreciates both sides of his personality. She loves Oliver for being the big brother to Thea and for being the terrifying vigilante as well.

However, Felicity is so much more than Oliver’s love interest or a computer genius, she’s also a hard worker in her own right and  brave, too. Whether it’s trying to save her newfound BFF Ray Palmer from getting himself killed by donning the A.T.O.M suit and joining Starling City’s ever-growing list of vigilantes or standing up to the nefarious Malcolm Merlyn, Felicity is not shy about speaking her mind, and she has an iron will even Merlyn the Magician respects. Felicity might not be tough physically, but emotionally and mentally, she’s got a steely personality that is the glue that holds Team Arrow together even during their darkest times. 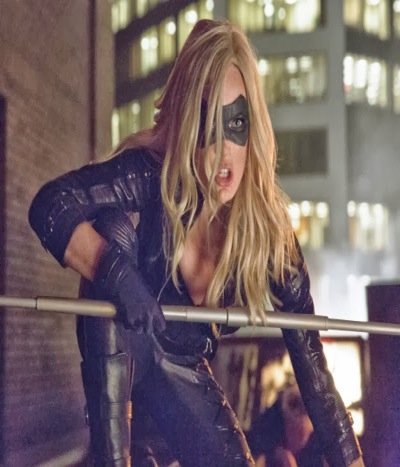 Finally, there’s Sarah Lance, who’s also known as the Canary. Much like her older sister Laurel, she’s physically tough and protective of her family and friends, but she doesn’t start out that way. Before the Queen’s Gambit is struck down, Sarah is a total flake, but after her harrowing experience being picked up by Dr. Anthony Ivo, she begins to discover her own inner strengths. The League of Assassins, particularly Ra’s al Ghul’s daughter and heir Nyssa, train Sarah to become a fearsome warrior to the point where she is dubbed “the Canary.”

However, Sarah has her own insecurities as well. She feels terrible for all of the anguish and hurt she’s caused Laurel and her family, although thankfully the two sisters make up before Sarah’s death in the third season. The Canary is also not a damsel in distress either. While she does briefly date Oliver, it’s implied that she still loves Nyssa al Ghul and even makes a choice to re-join the League of Assassins. Sarah also realizes she and Oliver are too much alike and their relationship would fizzle out eventually, which is why she hints he needs someone “in the light”—like Felicity Smoak.

Unlike other television shows, the three main women are all supportive of one another. Even though Felicity was jealous and upset that Sarah was dating Oliver, the two manage to become good friends, and Sarah even teaches the pretty tech genius a few self-defense moves, too. 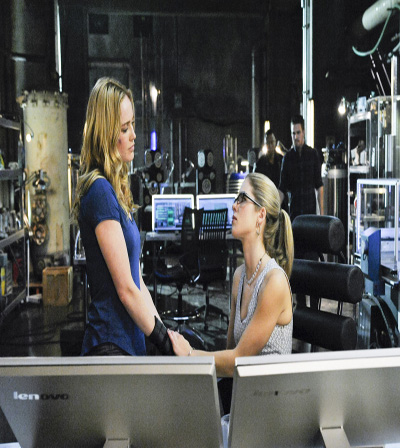 There was also a fantastic scene in the midseason premiere last week where Laurel acknowledges that Felicity loves Oliver and reassures both her and the rest of Team Arrow that Oliver survived his duel with Ra’s al Ghul.

Instead of tearing each other down, Felicity, Laurel, and Sarah all appreciate each other’s skills and support each other because they know they all want what is best for Oliver and Starling City. Each character has her own strengths and weaknesses, and they’re not cardboard stereotypes. Instead, Felicity, Sarah, and Laurel are well-rounded characters who are just as important to Arrow as Oliver Queen.