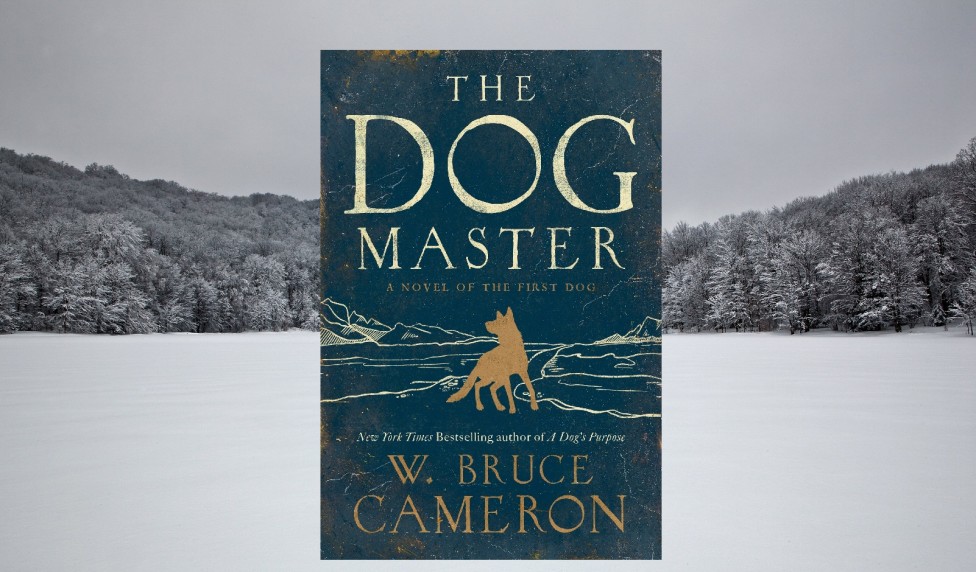 W. Bruce Cameron’s beautifully woven novel The Dog Master: A Novel of the First Dog is a fascinating tale of how canines became the loyal, domesticated pets they are today.

More than 30,000 years ago in a world where our ancestors fought to survive in a brutal landscape, one of the keys to becoming the dominant species on Earth was our relationship with dogs. Cameron’s novel weaves in several different stories to explain the domestication process that turned wolves into obedient dogs.

One story follows a female wolf who is injured by a lion and gains an unusual babysitter for her cubs: a lone man who was cast out of his tribe. The other story revolves around a group known as the Wolfen, who venerate the four-legged canines and offer them scraps of meat. They try to gain the wolves’ trust in the hopes of studying their ways so that their tribe can survive.

Cameron brings to life the desperate circumstances of our ancestors and balances out that sense of harsh brutality with descriptions of the early bonds between man and dog. Whether the characters run on two legs or four, they are all compelling, and readers will find themselves wanting to know what happens to them in the end even though–spoiler alert–we kind of already know.

Even though the novel takes place in the prehistoric age, anyone who has ever owned a beloved dog will feel an instant connection to the characters and their four-legged friends. And even better? You’ll learn a thing or two about your own dog.