Why You Shouldn’t Ignore The Quiet Moments In Film

“This show sucks, barely anything happens in half of the episodes!” my dad said half sarcastically as we finished the 10th episode of David Lynch’s Twin Peaks. We had started to watch the show in August with my brother, and everyone was having mixed emotions about the show.

My dad wasn’t wrong about the show, but he was also entirely wrong. What I realized while watching the show with my father was how much he solely cared about what was happening in the main plot and couldn’t care less about the little moments Twin Peaks was filled to the brim with.

“I like to call these careful details and scene ‘quiet moments’ because they are not looking to make a loud explosion, instead the indulgence comes from enjoying the small things.”

I think this is a very common way that people consume media now even outside of television. Looking at social media like Twitter and Facebook, it is hard not to be caught in the flood of news articles that try to grab attention with snazzy titles that beg the user to click on them. You won’t believe what happened when this giraffe ate a full sized dog! — as cynical and funny as it sounds, I’m sure it exists somewhere.

Video games fall into this group as well because many games have writing that only exists to support a game’s mechanics. So we end up losing moments like discovering Dana’s pregnancy test in Life is Strange and end up with awkward information about wizards from the moon. I like to call these careful details and scene “quiet moments” because they are not looking to make a loud explosion, instead the indulgence comes from enjoying the small things.

I haven’t finished Twin Peaks yet, but as I progress through the second season it is jam packed with quiet moments and large plot points alike. While one episode reveals something new about a character losing their sanity or a new crime in the town, it takes the same time to include little moments that display character detail. The Great Northern embodies this entirely with every visit displaying a crazy new convention or group entering the town. The loud Icelandic men, the beauty pageant, and members of the navy bouncing rubber balls all reveal more about the hotel and the show’s character. Rarely are the guests there for anything meaningful relating to the main plotlines, instead they just add small quirks that could come from real life. 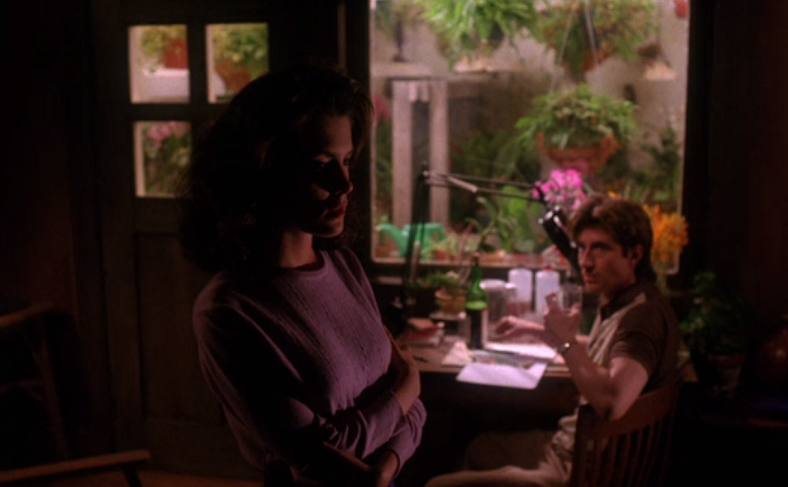 Characters all have these quiet details and moments as well, the most recent example I can think of is Donna telling the story about her first love and Andy struggling just to take a rubber glove off of his hand. These are not going to be the parts of Twin Peaks that everyone discusses when they look back on the show in retrospect, but at the same time, without these moments we would not see the emphasis on Andy’s dimwitted moments and how complex Donna and her emotions are throughout the show.

I mentioned Life is Strange earlier in this writing because I recently played through the first episode with two of my friends fairly recently and I let my friend who does not play games very often control and make the choices. It turned out to be a fascinating but irksome experience as all my friend cared about was seeing how the main plot progressed. I mean there’s nothing wrong with playing games that way…but I was dying.

If you haven’t played Life is Strange or have not heard of the title, it is a narrative focused adventure game where a girl named Max comes to terms with time travel powers. The beginning 30-45 minutes in the game are pretty linear with the player making small choices along a guided path, but once Max steps foot outside of her school building it is all up to the player to decide where to go. My friend spoke to a couple of students, but after discussing how the photography teacher had sex with some of the students she asked, “All right, where am I going?” 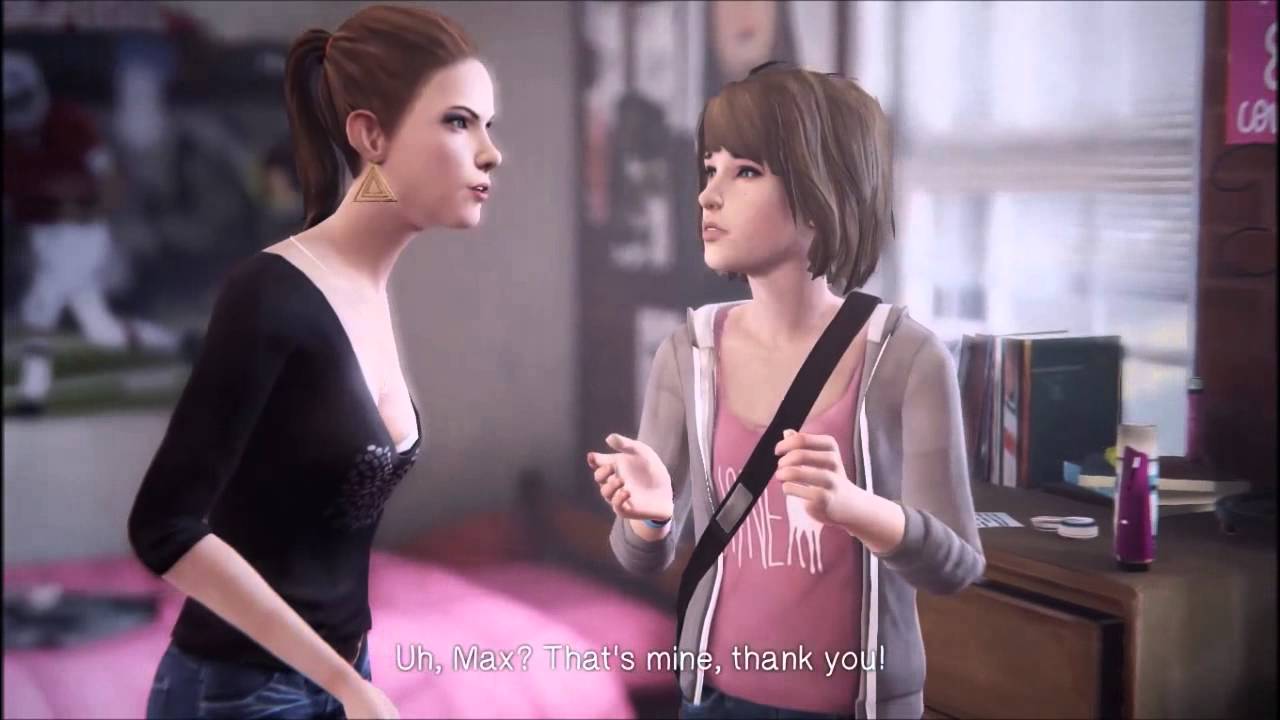 I mostly let my other friend guide her along the path she wanted to go down because that question bothered me. While the game does give the player an open decision, it isn’t ever too vague to help the player through its main narrative, and because of that it allows that player to learn more about the game’s world through exploration. My friend didn’t really care about that open decision though and viewed Life is Strange as a puzzle with a correct solution. She would find then close text without reading, skip Max’s diary reading, and when we reached points where the player had to make large decisions she would panic. “I don’t want to make the wrong choice!” she said as the principle asked Max why she was not outside when the fire alarm went off.

At the end of each Life is Strange episode it reveals all the choices players made and the choices/decisions they never saw at all. I won’t detail all of them, but the one that really stuck out was deciding whether or not to touch Dana’s pregnancy test. In our play through, which focused solely on the main plot, in the first episode the only interaction with Dana that Max had was getting her roommate to stop locking her in their room. “Thanks, Warren’s flash drive is on my desk” is the extent of what we heard from the character, and now we discovered that there was a whole sequence that was unseen about her possibly having a child all for the sake of advancing the main plot.

“Many reviews, opinions and discussions have called out parts of movies for being “too slow,” and granted that term is spot on for some movies, but other times those “slow” parts just don’t suit the person watching. “

Film definitely falls into this for many audiences. Many reviews, opinions and discussions have called out parts of movies for being “too slow,” and granted that term is spot on for some movies, but other times those “slow” parts just don’t suit the person watching. One recent example is Quentin Tarantino’s new film that is in theaters, The Hateful Eight, which some have criticized for being too slow and leading to nothing.

After seeing The Hateful Eight it makes sense why people would say that because almost 4/5 of that movie is very focused on dialogue and interactions between characters. But even if the end of that film didn’t end in a blaze of glory, I would have enjoyed it purely for those moments with the characters interacting. Major Warren (Samuel Jackson) taunting General Smithers (Bruce Dern) is a great yet explicit moment that makes the audience question whether or not it was something that actually happened. Oswaldo’s (Tim Roth) talk about what it feels like to hang men is a fascinating look into his character’s beliefs even if he may not be a hangman.

I loved both of those scenes and it wasn’t because I wanted to see what result all of it was going to end with, I just loved seeing the characters’ personalities clashing and swimming around with each other.

Mike D’Angelo recently wrote about a scene from Magic Mike XXL focusing on similar feelings that I write about now. He goes in depth about how the scene is built and he focuses a bit more on how the little details, like including an indistinct conversation in the back of the car. If you spoke to someone who saw Magic Mike XXL a lot of people will compliment how sexually gratifying the film was, but how many people cared for the quiet moments like Donald Glover and Matt Bomer just having a good conversation on a long road trip?

Before I moved out to go back to university, I watched the 13th episode of Twin Peaks with my dad, who just browsed his phone until something exciting came up. Then when it finally happened, I said something and he frantically tried to figure out why everything was absolutely insane.

This writing is not meant to change the way a person experiences the media that they enjoy. As I said before, I align with the belief that no one really has the power to tell someone whether or not they can enjoy something. But I do think it is time that we stop undercutting the small stories, the character interactions, and quiet moments because sometimes they can be even more poignant than the main storyline.