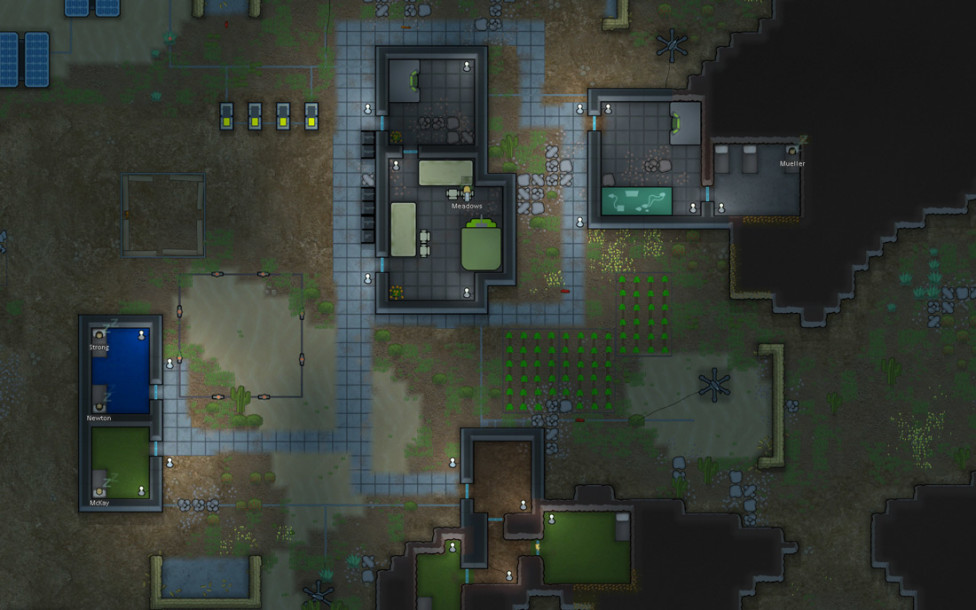 “RimWorld” is a Story-Driven Sci-Fi Simulator

This is the kind of game that reminds me why I love games. It’s something familiar, but at the same time, something I’ve never seen before.

Maybe it’s just ’cause I’m a die hard sim fan that I’m way into this game, but RimWorld‘s sci-fi spin on the genre is definitely worth noting. Inspired by games like Dwarf Fortress and Dune, RimWorld abandons you on an unexplored planet with three survivors, and it’s up to you to make the best of it. Like The Sims, you can build, decorate, garden, and control. Like FTL: Faster Than Light, you can defend from baddies and capture them, either turning them to your side or selling them into slavery. Whatever works.

All that’s good enough to get me on board, but the story AI is where RimWorld really gets interesting. There are these “storytellers” you can choose from that alter the game’s events and how they play out. One storyteller might wreak havoc on your community, berating you with raids and natural disasters, while another might play nice and help you thrive. Even the characters themselves have stories behind them, with different backgrounds giving them different advantages in the game. It’s kind of like State of Decay in that way: you get different characters and open possibilities, and you see what kind of story they tell.

RimWorld is currently running a Kickstarter, which has already quadrupled its goal with 23 days to go, and has a public alpha planned for release in the coming months on PC, Mac, and Linux. The game is also on Steam Greenlight, so vote it up if you want to see it on the store.