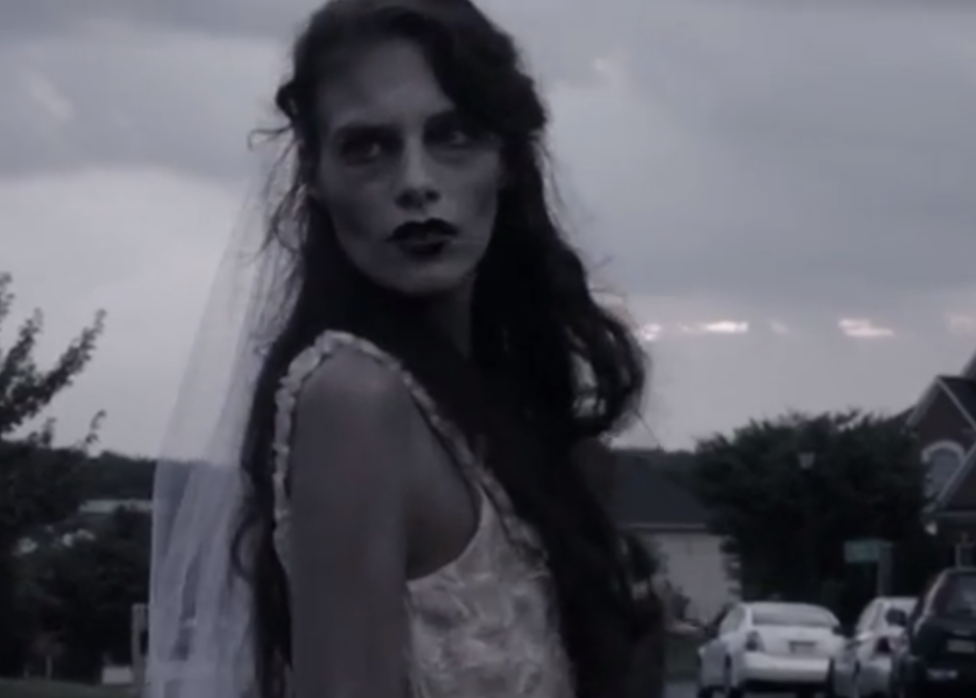 “The 1975″ just wasn’t a specific enough name. So now we have “England in 1819,” sure to be followed by “Burlington, Vermont: 2003 on a Thursday.” England in 1819 is a collaboration between brothers Andrew and Dan Callaway from Baton Rouge, La., who describe their music as “Grandwave.” And it’s true that their debut album Fireball Electric Tomorrow has the relaxed feel of chillwave but with bigger, buzzier synths, but to me it sounds most like early new-wave or late-’70s electronica like Orchestral Manoeuvres in the Dark or Kraftwerk.

“Himmel” features Andrew’s pure, angelic vocal supported by a simple drum machine and a cloud of retro synths. The accompanying video, directed by Stephen Kinigopoulos, tells the story of one zombie girl’s journey to find a red balloon where she ends up finding love instead. Or maybe she was looking for love the whole time; I’m not sure. At the beginning of the video, the zombie bride emerges into daylight from an overpass, slowly following a floating red balloon. She makes her way through the woods, past a curious fisherman, and into suburbia. But here’s the catch: it’s Halloween, so no one thinks twice about her being a zombie. One cat-girl even stops her to take a selfie. She looses sight of the balloon, though, and one starts to wonder if she’ll ever find it again. At the end, she sees the balloon, and who should be standing there holding onto its string? Her zombie groom, of course. The video ends and we can safely assume they lived happily ever after.

You can download Future Electric Tomorrow at a name-your-own price on bandcamp.