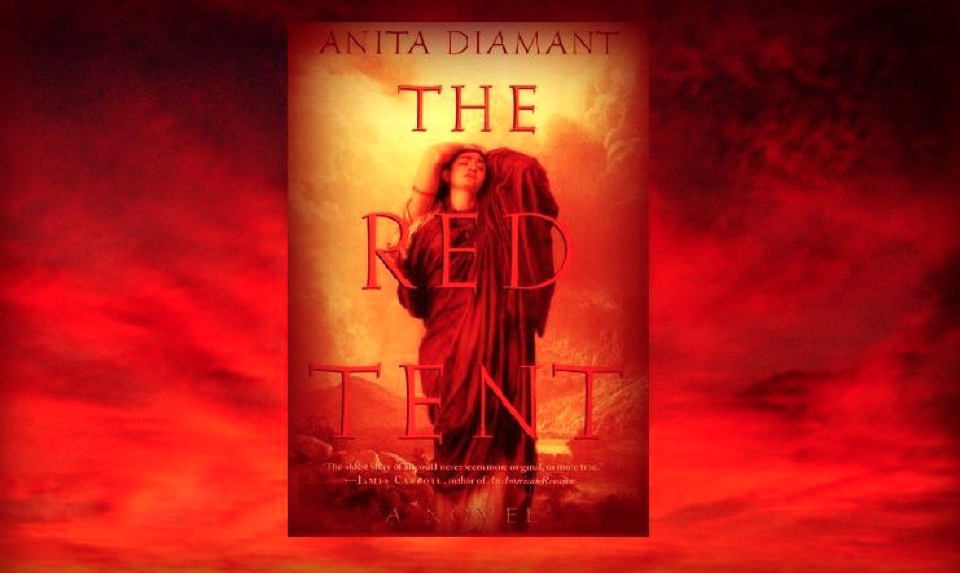 Although the “Big Three” religions—Judaism, Christianity, and Islam—are often scolded for being oppressive to women, in The Red Tent, author Anita Diamant sheds new light on the stories of women in the Biblical texts and allows them to speak at last.

Within the ruddy walls of the menstrual tent, Dinah narrates the tale of her four mothers: Rachel, Leah, Zilpah, and Bilhah. “They traded secrets like bracelets, and these were handed down to me, the only surviving girl.” Some of these hidden mysteries include a look at what the pre-Christian religious beliefs of the day must have looked like for ordinary folks—Dinah’s mothers make sure that her first menstrual blood goes back to the Earth instead of being used as a weapon between fathers as they barter for her dowery. Rachel and Leah also constantly remind Dinah that “life is blood” as she walks down the midwife’s path and sees the triumphs and struggles of women in their most vulnerable state.

However, her tale has elements of horror too. When her jealous older brothers hear of her “unclean” marriage to the Prince of Shechem, they conspire to betray their sister and brother-in-law in such a way that will leave a mark for generations to come.

The power of sisterhood prevails as Dinah escapes to Egypt and learns to live and love once more. Diamant weaves both grief and love into her novel, a cycle that mimics women’s monthly menses, and any woman who has ever had a mother, daughter, or other close relative or friend will be able to appreciate the power of this novel. Heck, her novel has even inspired a documentary about the Red Tent movement that is giving modern women a chance to reclaim their voices and explore their own personal spirituality in a new light.