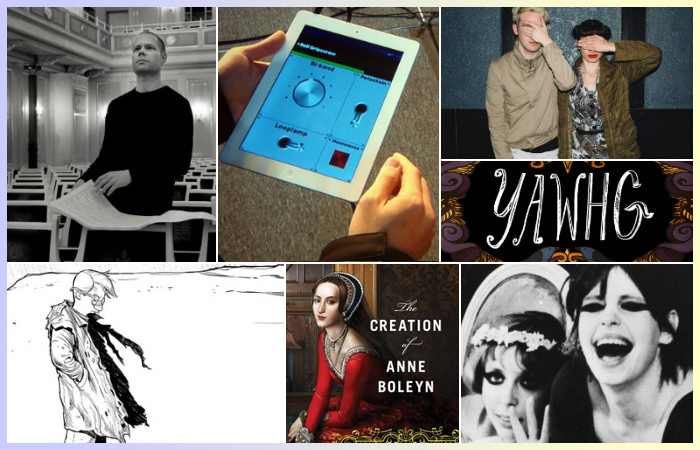 Uh oh, another “best of” list. We get it, we get it. But this list is a little different. We won’t bore you with redundant praise for Yeezus or The Goldfinch or The Last of Us. Instead, we want to share with you our favorite finds of 2013, both old and new. Sometimes during our daily pokes around the dark crevices of the Interwebs we find unique discoveries that are new to us. Below, see what each staffer picked as their favorite find from this year. 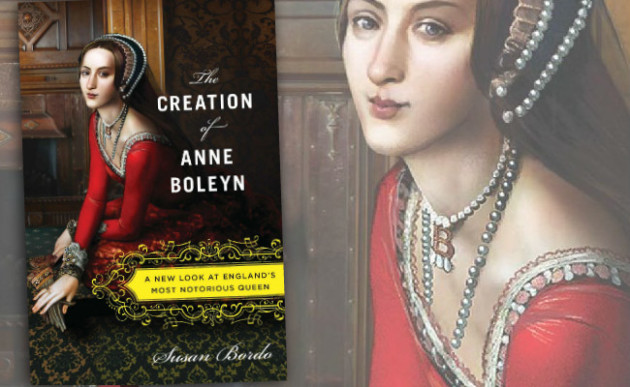 Book: The Creation of Anne Boleyn: A New Look at England’s Most Notorious Queen

Susan Bordo‘s historical look into the life of Anne Boleyn is not the same, tired old facts about the Tudor dynasty that have been rehashed over and over again. In fact, Bordo’s analysis about the life and death of King Henry VIII’s second wife allows the reader to sink their teeth into the cultural history and impact that Boleyn had on the face of history.

The book also discusses how each time period took Boleyn’s story and molded it to fit their own narrative. From The Tudors to The Other Boleyn Girl, the true identity and personality of Henry’s second wife has been deliberately obscured. However, thanks to Bordo’s research, readers will be able to get a tantalizing glimpse of the real woman and Queen that has been buried beneath the fiction and half-truths for so many years.
—Amanda Ferris 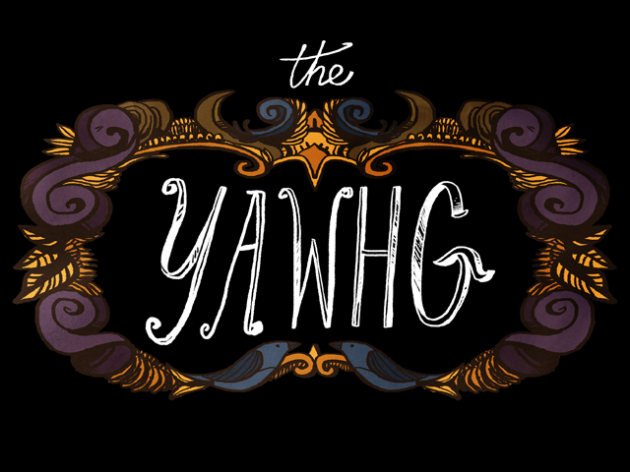 I’ve never been much of a gamer. I still haven’t beaten Ocarina of Time and no, I’m not guilty about it at all, leave me alone. But when I heard this year that Emily Carroll (creator of horror comic masterpiece His Face All Red) was collaborating on a video game, I jumped at the chance to play it.

Created by Carroll and Damian Somer, The Yawhg is a Choose-Your-Own-Adventure style game for the PC. You are presented with four characters who possess identical stats that can be leveled up or down depending on your actions in-game. The premise revolves around a mysterious cataclysm known only as The Yawhg, which unbeknownst to the citizens of your town, will arrive in six weeks. During those six weeks you move your character throughout the town, encountering ghosts, crime-rings, demons, assassination attempts, and terrible lute players among other things. In the end it will be up to you, the choices you make, and the use of your skills, to determine the fate of your town and community.

Beautifully illustrated, bitingly funny, and possessing a haunting score, The Yawhg is truly a game experience like no other and is best enjoyed when shared with friends.
—Marie Anello 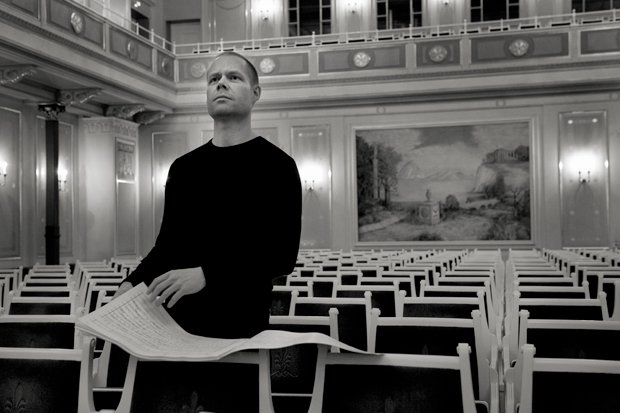 Cinematic (in both senses of the word) composer Max Richter has dominated my headphones this year. I’ve been listening to his classic The Blue Notebooks ever since I heard a song of his featured in a film. Richter’s most recent project was to take on the formidable task of recomposing a classical music mainstay, Vivaldi’s The Four Seasons, and the results were incredible. Much of the original was carved out and filled in with Richter’s trademark mix of strings and delicately applied electronics. If you want to spend a season or four swept up in emotion, this album is essential. NPR has video of a concert featuring music from the recomposition here; you can also stream the album via YouTube.
—Anwar Batte 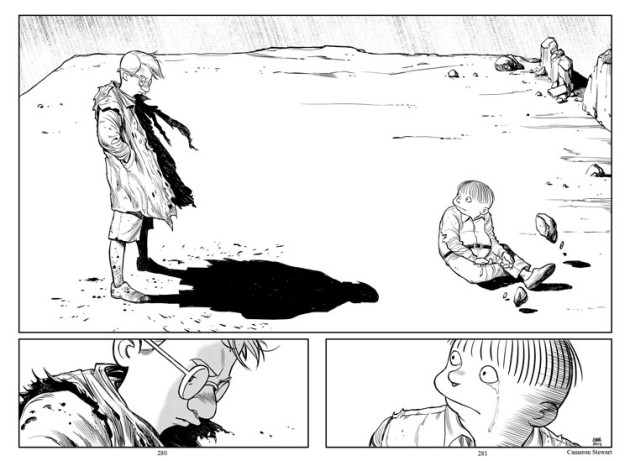 The Simpsons meet Akira. Does it get any cooler than that? Comic creator James Harvey challenged the Internet to an ambitious project: to redraw Ōtomo Katsuhiro’s manga classic Akira with Simpson characters. The project became an instant viral sensation as submissions from more than 300 artists poured in. The “bartkira” tag on Tumblr is full of amazing work from professional and amateur artists from around the world. When Vice asked Harvey why he came up with the project, Harvey said, “[I wanted] to let everyone know what it feels like to work on an ambitious, large-scale work of art, and let them see for themselves that it’s something they’re totally capable of, even if they never thought they could.” Mission accomplished.
–The Absolute Staff 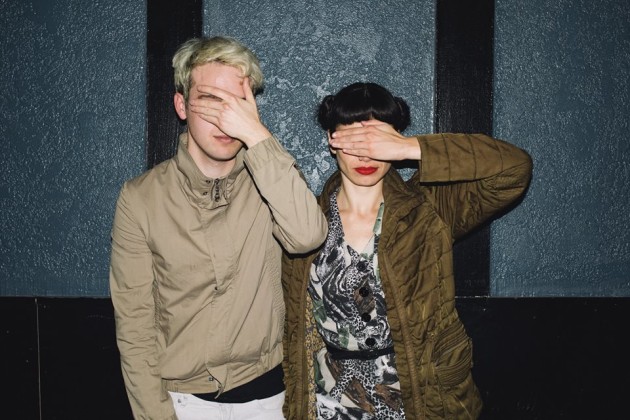 In 2013, there’s nothing particularly notable about an indie band whose sound is heavily influenced by the ’80s. In fact, it’d be more notable to find a band that didn’t base its sound on some sort of pastiche of past musical styles. So on the surface, there’s nothing too special about Body Parts. They’re an L.A.-based indie-pop band that recreates the elegant textures of ’80s Prince and Tears For Fears and shows off exciting, theatrical vocal performances. And while their execution of the ’80s sophisti-pop sound is immaculate, down to the tiniest gestures of rhythmic guitar, sprawling bass lines, and perfectly recorded drums, what makes them a ‘must-hear’ is simply that their songs are great. Despite their attention to detail in the sound of their debut album Fire Dream, Body Parts proves that they’re all substance-over-style. Throughout the album they intricately explore ideas of identity, devotion, and memory in songs that are cleverly complex and instantly memorable. With recurring musical and lyrical themes throughout the album, Fire Dream stands as an impressively coherent and consistent piece of art. It’s easily one of my favorite albums of the year, and with not much critical attention, I highly recommend checking it out! 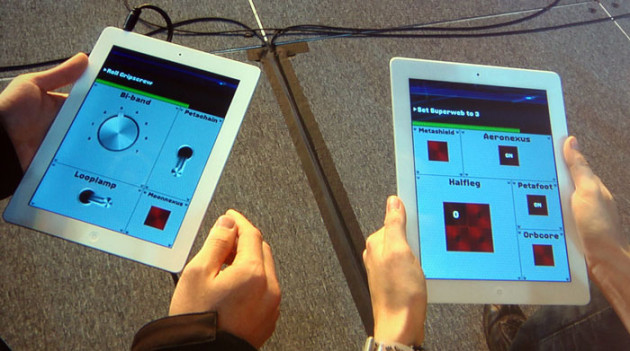 I often discover indie games that experiment with unusual ways to use the iPad or co-op gameplay. I also know several games that are a guaranteed laughing and shrieking good time. But it‘s pretty rare for one game to be both an impressive use of technology and be a hilarious drinking game too. SpaceTeam is that game!

SpaceTeam, from indie studio Sleeping Beast Games, invites two to four players, each with their own iPad, to serve aboard a (rather unfortunate) starship in a distant galaxy. Players must follow science-fiction commands to succeed, but the instructions to “engage warp,” “reticulate splines,” or “set the hypersplat to seven” will appear on random iPads, not necessarily the screen with the warp switch or hyperspace dial. Since the ship can only survive with teamwork, players need to shout the technobabble commands on their screens and stay alert for relevant commands. SpaceTeam is best paired with alcohol and the type of friends who’ll add “Engage!” or “Yes, Captain!” to their techobabble shouts.
—Meg Stivison 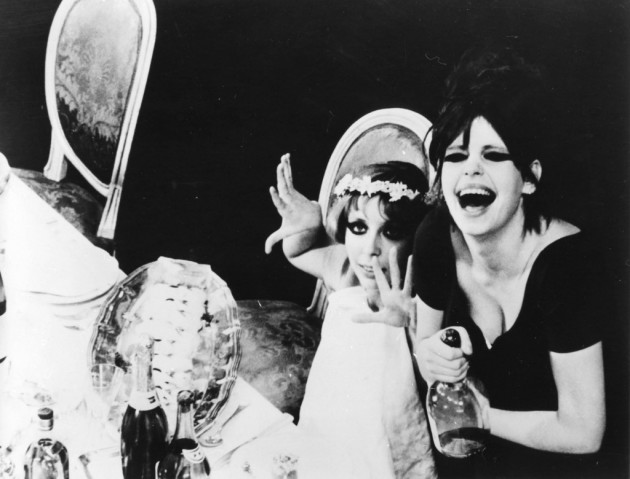 A few months back I raved about Hulu’s free Criterion weekends. With Netflix still being most people’s preferred streaming service of choice, I don’t think people realize the entire Criterion Collection is on Hulu. Like, just sitting there! I took advantage of Hulu’s free weekend and watched as many Criterion films as I could. One of them was a little ’60s Czechoslovak film called Daisies. The film is about two young women, both named Marie, who decide at the beginning of the film to be “bad.” They take advantage of old men, eat lots and lots of food, and even set their apartment on fire. The film is a bizarre, satirical romp that challenges film conventions while being both hilarious and clever. Directed by Věra Chytilová, the film is consistently praised in scholarly circles for its innovative film style, as well as being radically feminist for its time. The film was even banned in Czechoslovakia for ”depicting the wanton,” and Chytilová wasn’t allowed to make another film in her country until 1975. If you want to see the film, there’s currently a low quality version up on Vimeo, but I recommend you wait for a HD version instead with better subtitles.
—Tiffany White