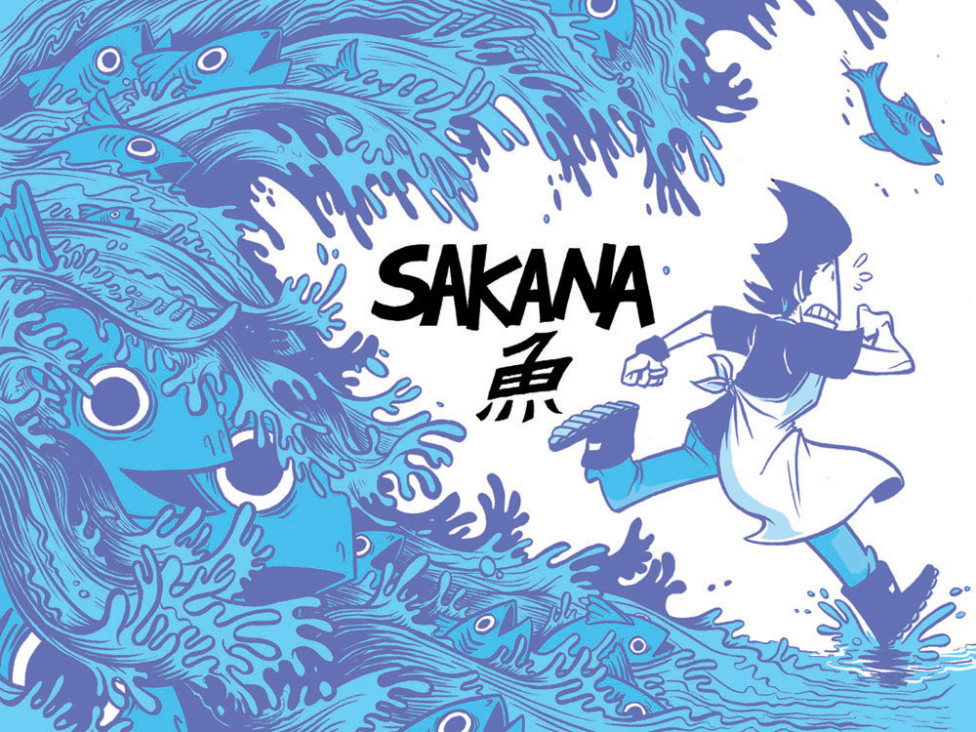 Sakana by Madeleine Rupert is a tale of awkward dates, family dysfunction, and hilarious misunderstandings as it follows the everyday exploits of two socially inept brothers as they attempt to balance life, love, responsibility, and work at the largest fish market in the world.

Jiro Sakana is a sweet, unassuming, anxiety ridden trainwreck of a man who works with his brother, the affable but terrifying Taro, at their uncle’s fish stall in Tokyo (redundant in that their surname literally means fish).  Jiro’s life has been far from easy, spending most of his early years tormented by a childhood bully, losing his parents to a car accident, and having to navigate high school while his brother engaged in teenage juvenile delinquency, not to mention being in love with the cute clerk across the aisle for the past three years and not even knowing her name.

Jiro’s life soon is thrown into chaos when he finally manages to get a date with the girl of his dreams, launching into a series of mishaps involving the Sakana brothers, their excitable roommate, their misanthropic coworker, their no-good debt riddled cousin, several gangsters, a German foreign exchange student, a perpetually angry flower shop owner, and the surprising return of an old enemy from Jiro’s past.

Illustrated with cute characters, fluid action, and comedic timing worth its weight in gold, Sakana manages to be a combination of workplace farce, romantic comedy, and suspenseful mystery, each character’s life being more complicated than they let on to those around them.  Ultimately though, Sakana is unfailingly sweet, with an emphasis on friendship, family, and trust, while also being sidesplittingly funny.  Madeleine Rupert has written what could easily be a sitcom, but it has all the narrative freedom and visual originality that only a comic can provide.

The Stories Behind People’s Phone Photos