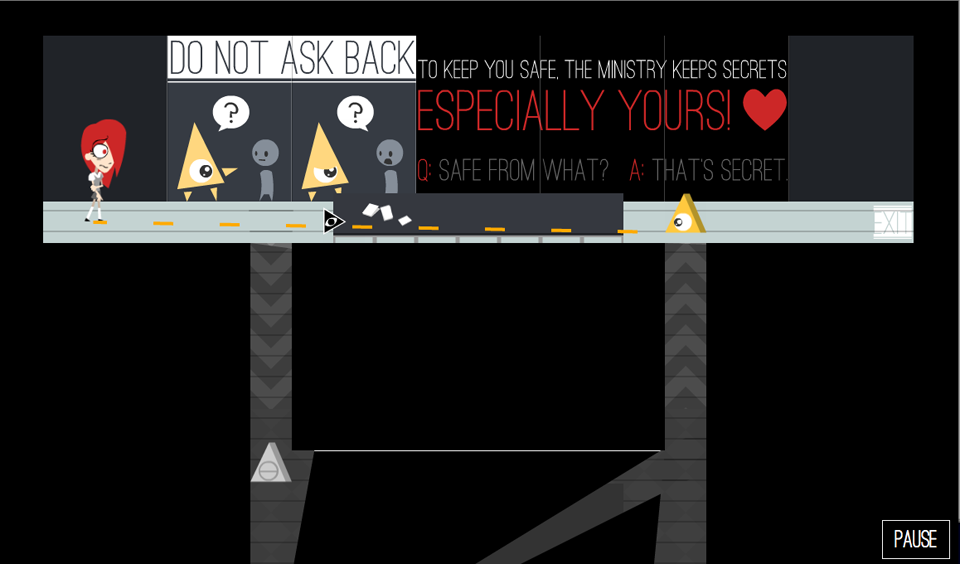 In Nowhere to Hide you play as Poppy, the runaway daughter of a politician. In order to travel through the city safely, she must remain within the eye of the yellow camera. Failure to do so results in instant death. But as it turns out, she might not be the only one trying to escape…

The overt message, the allusions to 1984, and the overall pertinence of the game to current security concerns might serve as a turnoff to some people, but the game itself stands as a clever, beautifully designed puzzle. Even visually, the game is a delight–as Poppy picks her way through the levels, her thoughts appear on the walls around her in the form of social media posts, with slick posters that do little to disguise the totalitarian and oppressive nature of the city.

The game isn’t yet complete, but the beta currently offers a complete eight levels with an introduction and a cliffhanger.