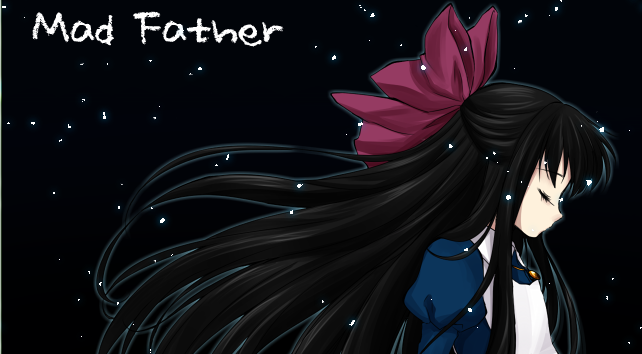 Mad Father: So Your Dad Is an Evil Scientist…

Japanese freeware horror games have seen a recent surge in popularity with Western audiences, in part due to the dark storylines, the difficult puzzles, and their sheer, unapologetic insanity. Mad Father is one such offering from Miscreant’s Room, the creators of Misao. If you can’t read Japanese, don’t worry — vgperson offers translated downloads on her website here.

Aya Drevis lives with her father and their maid, her mother having perished under mysterious circumstances. Although her father is an insane evil scientist, she loves him for who he is and accepts him unconditionally (WHY?), but his victims don’t feel the same way. One night she wakes up to find the house teeming with living corpses and mutated bodies. Rather than abandon her father to his fate, she sets out to rescue him, confronting the horrors of his actions firsthand.

The biggest appeals of Mad Father are the intensely story-driven gameplay and the surprising twists the story takes along its insane path. Although not as difficult or as dark as its cousin The Witch’s House, Mad Father demonstrates that in the right hands, tiny and adorable sprites can be truly terrifying.