We first heard of Japanese animator Hana Ono, who goes by the nickname Onohana, a year ago when we stumbled across her gorgeous short film, Origami of Landscape. Since then, she’s been working with animation collective Onionskin (who produce some pretty amazing music videos) and produced a short film, Crazy Little Thing. The film, about a girl who strangles a man with a noose, unleashing a symbolic look into the world of loneliness, won the prestigious Noburō Ōfuji Award.

Now that the recent grad student is winning accolades, now seems like a good time to formally introduce you to her work. Although Crazy Little Thing isn’t available to watch on the Internet, you can watch the trailer. All of Onohana’s trademark quirks are there, from the way she uses sketches to the abstract way she combines color and movement. Above, a few other samples of her work. (Hat tip: Nishikata Film Review)

Houston-based artist Kevin Peterson is a hyperrealist painter who loves playing with the juxtaposition of destruction and innocence. His work features children thrust into surreal situations, like dilapidated urban landscapes, surrounded by graffiti and wild animals. The realistic portrayals of his subjects contradict the fantastical elements of their surroundings. Peterson is an artist obsessed with contradictions, and the way he shows conflicting themes is the most intriguing thing about him. He captures that elusive nature between reality and dreams, and what happens when the two intersect.

In the gallery are pieces from his recent solo exhibition at Thinkspace Gallery, Remnants. The series shows off his trademark style while also touching on themes like survivalism, isolation, and weirdly enough, hope. 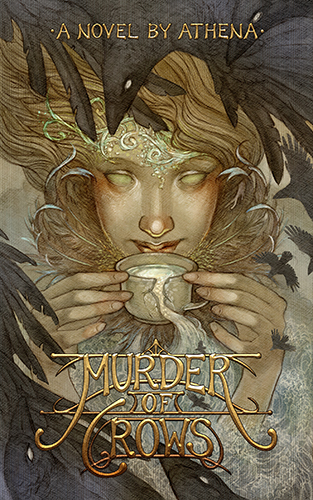 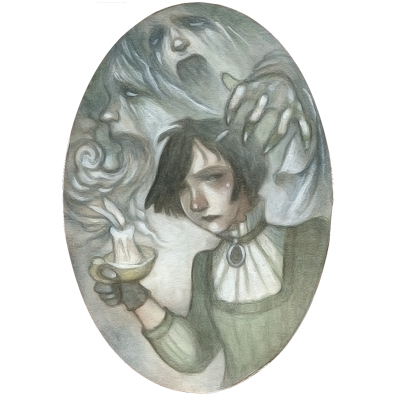 If you think you recognize Amanda Sartor’s artwork, you just might. A.M. Sartor has been a professional illustrator for years, and her work has shown up in video games, tabletop games and book covers. Her full collection of finished works can be found on her website, and they are definitely worth the look. From original sketches of elaborate shoes to fully finished illustrations of classic Angela Carter stories like The Company of Wolves and The Bloody Chamber, A.M. Sartor’s art is going to be worth holding onto in fifty years. Her work resembles the classic illustration of Arthur Rackham, with highly detailed and specific line quality as well as a rusted color palette and a deep understanding of molding color. Her work has atmosphere to match its subject matter.

She can also be followed on Blogspot and Tumblr. 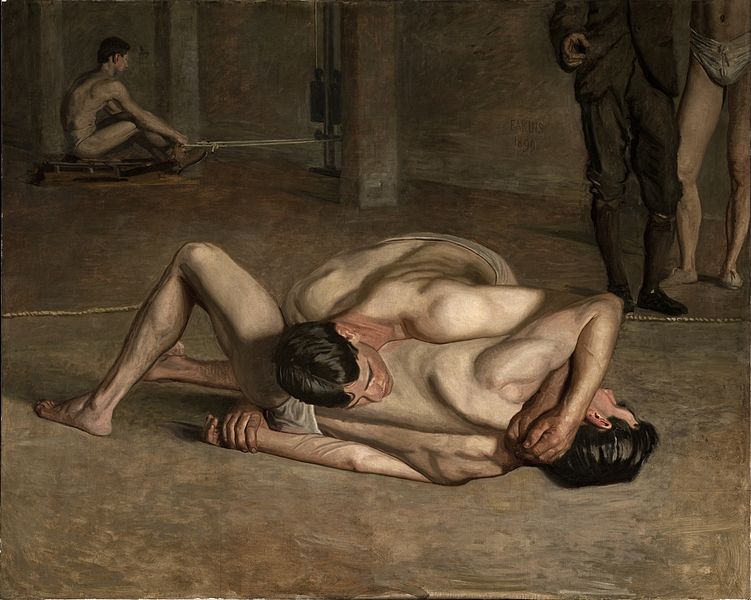 Thomas Eakins, born in 1844 and died in 1916, was arguably the greatest Realist painter America ever produced.  His work can be put up against his contemporary, John Singer Sargent, to really show the difference between Realist and Painterly methods (for lack of a more specific term for Sargent’s style) in the late 19th/early 20th century.  Eakins is also one of the many notable “Bad Boys” of Art History.  He was notorious for doing what he liked, when he liked, with little regard for social niceties and propriety.

Mary Panzer wrote an article for the Chicago Tribune in 2002, titled “Was Eakins gay — or just a real troublemaker?“  It’s a pretty interesting article, one that makes some good points but seems to miss the mark.  I was always under the impression, from having read biographies of Eakins as well as taking my share of Art History classes, that Eakins was not gay but unabashedly bisexual, with very little interest in hiding it nor limiting himself.   There is also the issue with assuming that Eakins was trying to be subversive and divisive, which while it could very easily be true, ignores what Realism is really about.  Realism, and Eakins’ work is undoubtedly Realist, touts the importance of the tangible, physical world and the idea that the natural world as it is, no matter how gritty and disorganized it might be, is truly beautiful.

In my eyes, Eakins’ work has always been about that, and he was simply applying Realist ideas to his style of art education (because what good would it do if women couldn’t paint nude models too? ) as well as his own artwork.  Realism can be understood in some cases as the removing of the veil of social propriety to show the beauty beneath, without gussying it up to be presentable or fashionable, and Realism in this form is embodied by Thomas Eakins.  Do read that article, it’s definitely interesting, but I would also keep that in mind while you read. 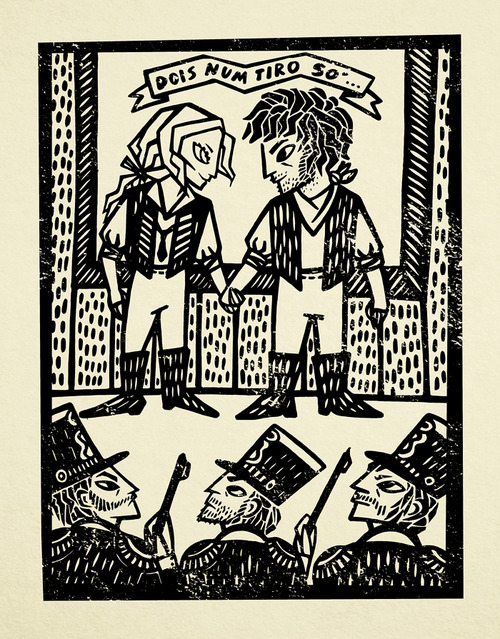 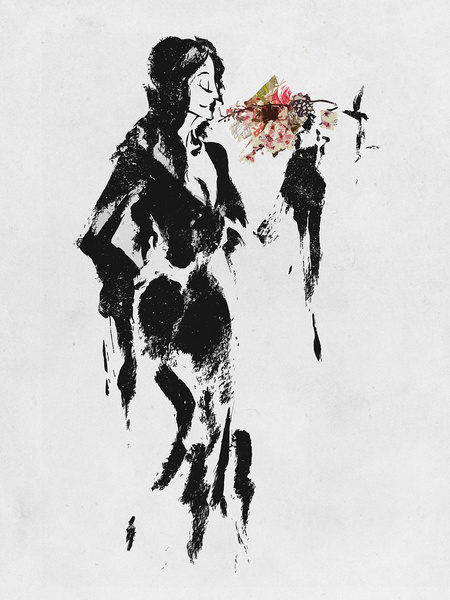 M. Steffens, who goes by t-funster on Tumblr, is an incredibly talented Brazilian designer-illustrator, and a lovely person to boot.  Her work covers original material as well as a wide range of fan subjects, making her one of my favorite fan artists working right now.  The majority of what’s available on her society6 include Teen Wolf, Les Misérables and A Song of Ice and Fire, showing a breadth of interests, and each work shows a refined sense of style as well as the skill and talent to go with it.  A majority of her work, including her A Song of Ice and Fire as Brazilian Cordel Literature booklets series, is inspired by woodblock and lithograph print methods with a heavy emphasis on blocked colors, thick yet highly focused lines, and the gritty quality of ink not quite getting into every crevice of the original matrix.  I’m a big fan of her color palette and her ink work, and she has shown not only high technical skill but historical know-how to keep her more period-based works upright.

All of the images used are property of M. Steffens and should not be reproduced without her permission. Support the arts by purchasing work on her society6! 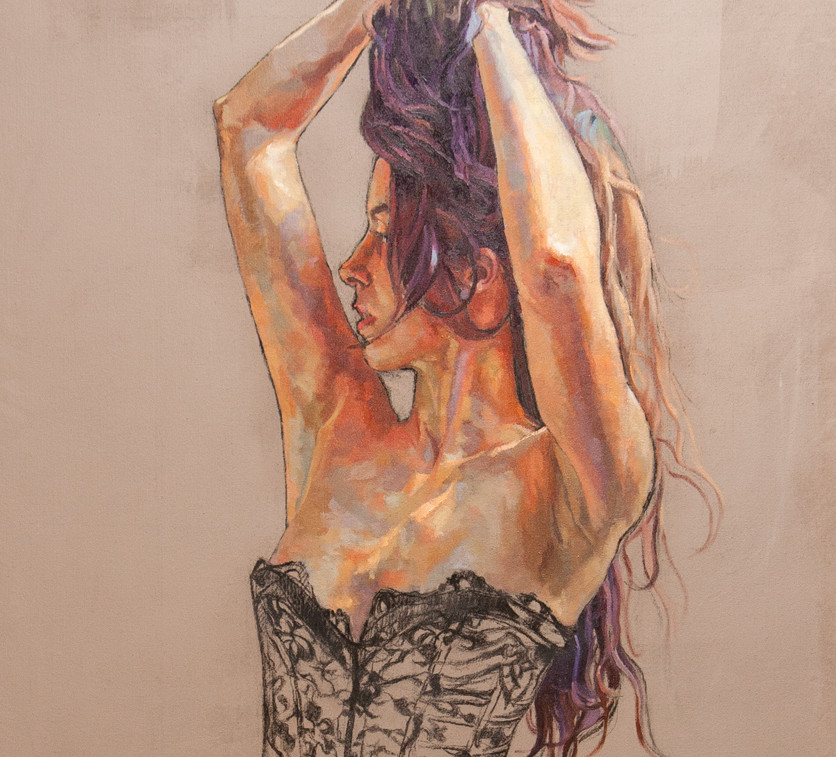 Ramon Gutierrez is a Spanish artist from Barcelona whose work has been making the rounds on Tumblr, in some cases without proper credit.  His style lands somewhere between the illustrative use of symbolic color of Toulouse-Lautrec and the matte watercolor compositions of John Singer Sargent, taking more traditional styles of representation and endowing them with a modern spark.  His work doesn’t simply rely on the image presented, but on the united whole of the piece, from linear illustration to the layering of paper on canvas to create a mixed media background.  Gutierrez elevates the concept of the artists sketch as art in itself, with purposefully blank spaces and the emphasis on line on paper created by his aforementioned use of mixed media.

Ramon Gutierrez is definitely an artist to be watched.  If you find yourself in Barcelona, check out his solo show in the Viania gallery.  If you have the money to do so, please support contemporary artists.  His work can be found on his website (warning: it’s in Spanish, though there are English and Catalan options too), and his canvases are for sale on Etsy.