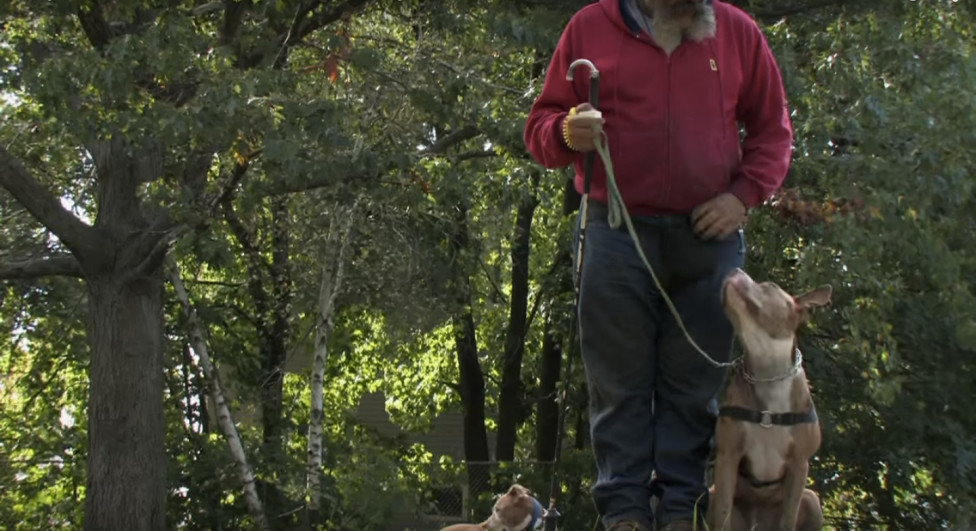 All animal lovers/activists are aware of “dominant theory” and how pop cultural has shaped today’s dog training methods. Tough Love is a documentary that gives a fascinating look on the progression of dog training from the outdated “alpha” theory to the positive reinforcement methods many trainers use today. Featuring the late Applied Animal Behaviorist Dr. Sophia Yin, the video explains how the “alpha theory” came about and also goes to great lengths to debunk this theory.

Thanks to television shows like Cesar Milan’s The Dog Whisperer, many dog owners erroneously believe dogs misbehave because they want to be “pack leader” and you need to deliver corrections such as making a “tsss” noise at them or jerking hard on their collar when they do something wrong. Tough Love points out that using modern force-free techniques is far less abusive. It is based on operant conditioning and urges owners to reward the behaviors they want the dog to perform so that way their furry friend will keep repeating said behaviors.

Dr. Yin even recounts a story about a Boxer that she had owned named Max who had behavioral issues. She took a class with a trainer who used corrections and grew frustrated when her dog was still “acting out.” His issues lead her to research a more humane way of training, leading to her becoming an animal behaviorist so she can help others.

The documentary argues that reinforcement dog training methods can lead to a deeper bond between canine and owner, and it also points out that force-free methods also work to address the cause of behavior and over time, helps to curb the issue entirely.

If you love all things canine, Tough Love is a fascinating exploration of how dog training has progressed and persuades owners who may be on the fence about what kind of methods to use to choose wisely, for the safety of their pet. 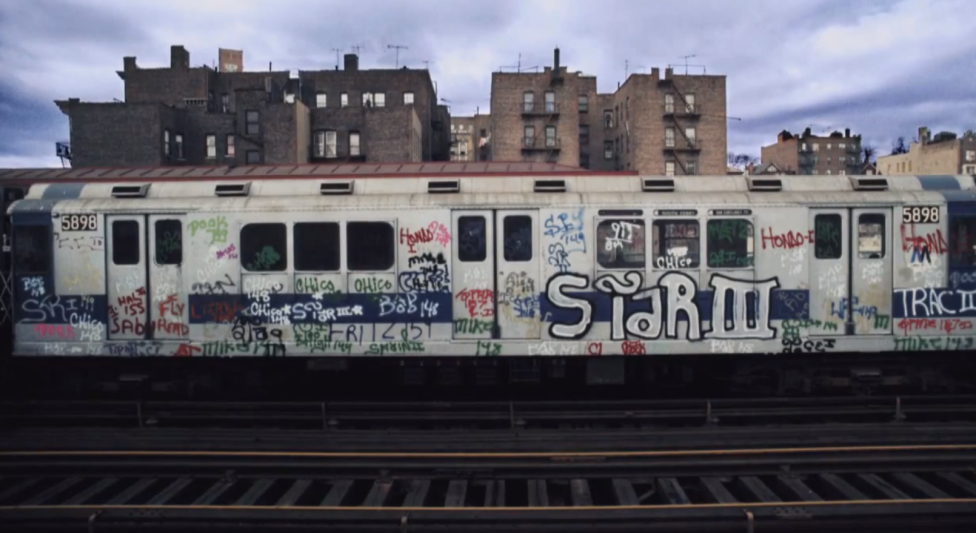 If you’ve ever heard the term “film essay” and not had a clue what it actually meant, you’re missing out…big time. Film essays are a curious thing. They’re not quite documentaries, but they’re not full-fledged, plot-driven fictions either. So what are they? Well, it’s kind of hard to explain.

Sans Soleil by Chris Marker is one of them. Circling the theme of memory, this film travels the world with a single female narrator reading a long letter throughout the entirety of the movie. That may sound boring, but I can promise you that it’s anything but. Filmmakers are raised on this work that is self-reflexive in its form and poetically deep in its content. You can’t quite put your finger on what’s being told to you, but you most certainly can feel it. If you’re looking for a quick thrill or some action-packed sci-fi, this is not your movie — but if you’re interested in watching something that redeems the values of art-making in the last century, then this is your film.

Check out the first minute of the film in the above video, then go get yourself a copy. 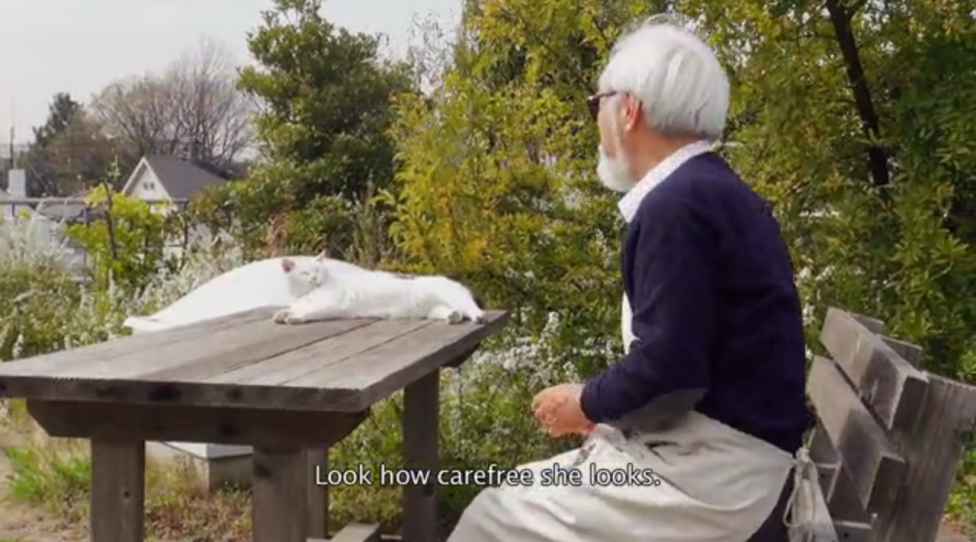 The Real Star of “The Kingdom of Dreams and Madness”

When announcing his retirement back in 2013, animator Hayao Miyazaki had a film crew following his every step, shooting a documentary about the inner goings of Studio Ghibli. The result became The Kingdom of Dreams and Madness, an amazing film that looked into Miyazaki’s creative process while he worked on his last two films. However, the true star of the film wasn’t Miyazaki, it was Ushiko, the Studio Ghibli cat that wandered the offices.

In one short scene, Miyazaki reveals he’s envious of the cat’s “schedule-free” life. Weirdly enough, as brief as the cat’s appearance is, it provides an eerie parallel between Miyazaki’s reality and desire, the cat representing that elusive desire for freedom. But on a less analytical note, we also just like cats. 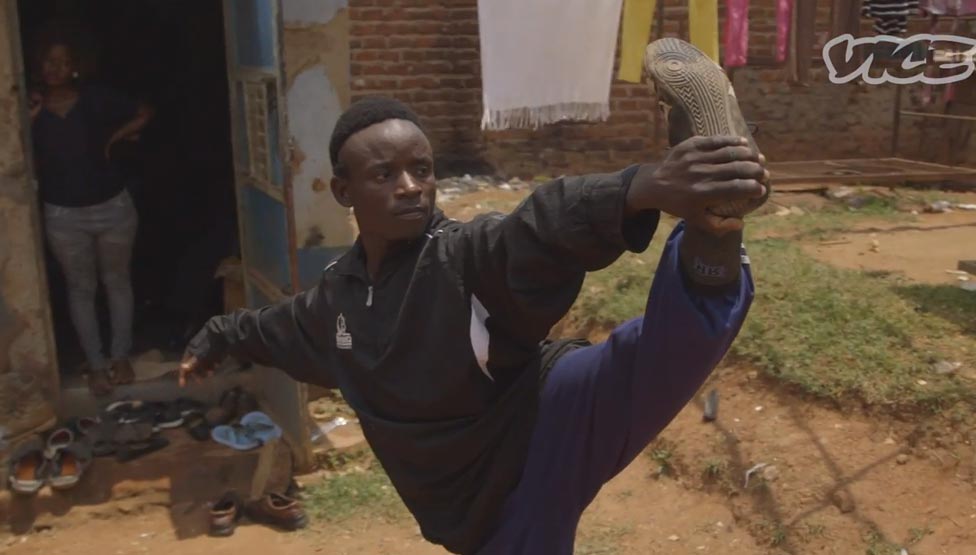 When it comes to African films, most are familiar with Nollywood but not much else. But there’s a surprising new film wave popping up in the most unlikely location: the Wakaliga slum of Uganda. Appropriately given the name Wakaliwood by fans, these low budget action films are inspired by old school kung-fu flicks and harness a cheeky DIY spirit. Vice explores the new craze in their latest video, interviewing director Nabwana I.G.G who edits all his films from a beat-up Dell computer. With next to no budget, the film crew has to be creative. All the props for the films are hand-built by a guy who glues motorcycle handles to fake bazooka guns, and all the stunts are done by the actors who are all self-trained in kung-fu. And if this short doc has piqued your interest, you can currently download Who Killed Captain Alex (billed as Uganda’s “first action film”) for free off Wakaliwood’s official site. Jesus kung-fu! 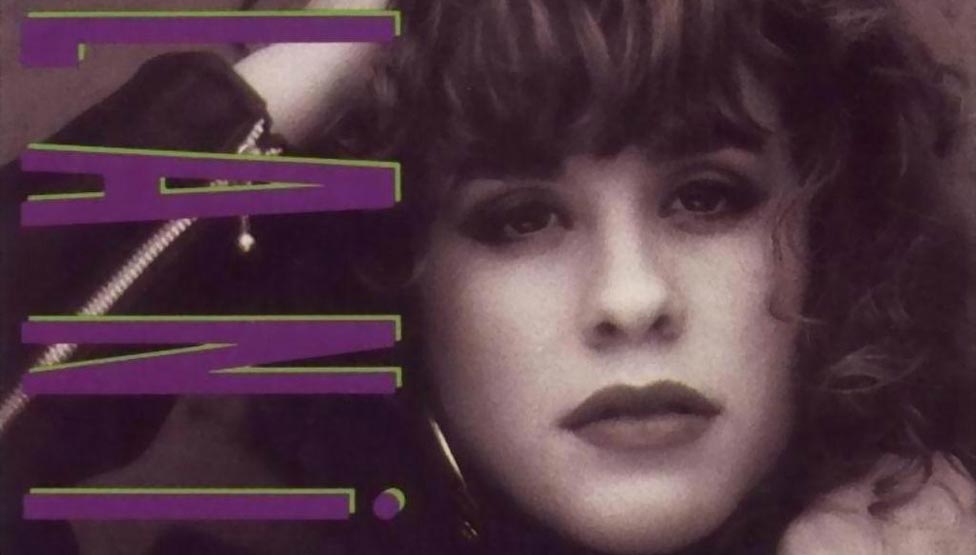 Way before Alanis Morissette morphed into Jagged Little Pill-era Alanis, she was a Canadian teen pop star not unlike Robin Sparkles. She had big hair, performed in packed malls full of screaming teens with equally ridiculous hair, and sang sexually seductive tracks written by old men. Of course, we all know how this story ends–with Alanis taking control over her career and becoming an iconic singer-songwriter–but it’s interesting to see how it all began. Too Hot!, a 1991 documentary, goes behind the scenes of Alanis’s cheesy pop origins, splicing together interview clips, performances, and music videos. As a non-hardcore Alanis fan who was aware of pre-Jagged Little Pill Alanis but never witnessed it for myself, this is weird to watch. But hey, I guess we all gotta start somewhere. 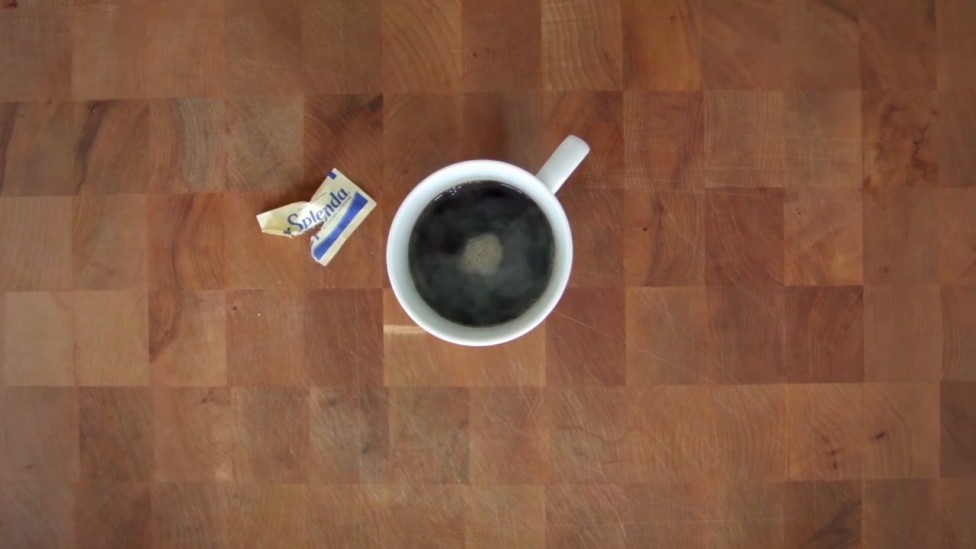 No one has a coffee culture quite like New York’s. From the street vendors peddling $1 cups of cheap coffee to the cafes full of sophisticated youngsters sipping Colombian pour-overs, the city is the place to be for caffeine addicts. In “Coffee: Six Degrees of Caffeination,” directed by Swallow Magazine‘s James Casey, New York coffee culture is explored to its fullest. The video features interviews with noted New Yorkers like New York Times coffee writer Oliver Strand and LCD Soundsystem’s Nancy Whang who both discuss their love affair with coffee and why it has an odd social allure. Spliced between these interviews are shots of six different types of coffee (hence the title): drip, instant, moka pot, pour over, French Press, and Aeropress. Though if we had to pick a preferred coffee method, it would definitely be instant (kidding!).