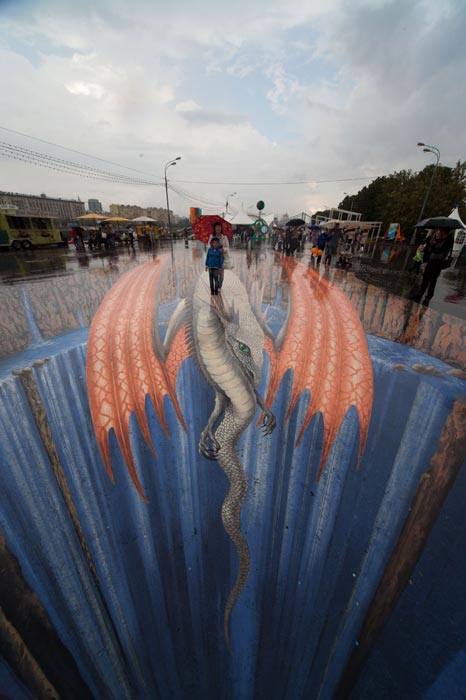 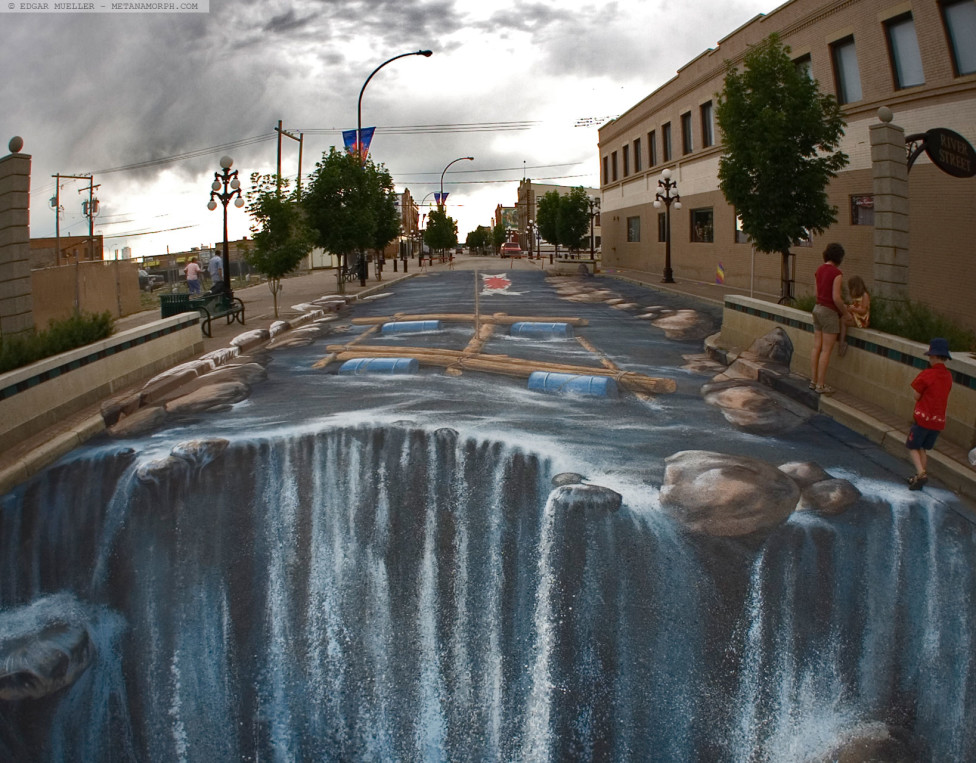 Edgar Mueller‘s street art is technique-driven, color-filled, and literally, painted on the streets. Impossible to ignore, Mueller excels at transforming spaces from something ordinary to something out of this world. Most of his street paintings create illusions of depth, whether it be treacherous to the viewer, or enticing. As for what else makes Mueller’s paintings so much more mystical? Like anything that hits the ground, it won’t be there forever. Ephemeral in nature, if you’re lucky enough to stumble upon one of these street paintings in your lifetime, make sure to take a picture.