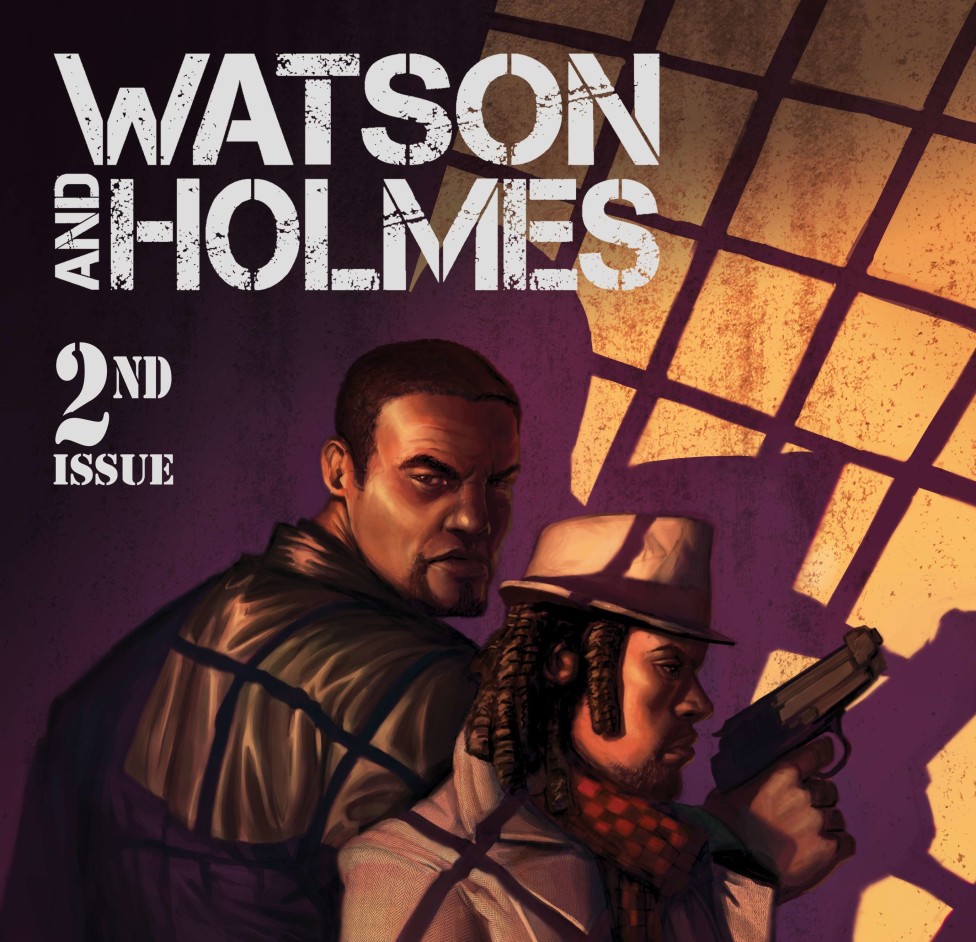 Maybe half a year ago, while scrolling on Tumblr, I came across a great thread about how amazing it would be for there to be a black Sherlock Holmes and John Watson.  There was artwork that went with this communal brainstorming and a summary that everyone seemed to be able to get behind.  It seemed like a pipe-dream though, because who would really have the balls to race-bend Sherlock Holmes when the idea of John Watson being an Asian woman had already caused a mass panic.  I thought at the time that it was a great idea, smiled to myself and moved on, because it would be a long time coming indeed.

Fast forward to today and I am more than happy to recommend Watson and Holmes by Karl Bollers and Rick Leonardi, published by New Paradigm Studios.  The idea took root, inspired a Kickstarter and three years after the idea was born (according to the publisher note on the back, though I had only heard the idea myself a few months ago), a comic book was produced.  Not only is this a landmark in Sherlock Holmes adaptations, but it’s also pretty damn good.  While I’ve only read the first issue so far, Sherlock Holmes is just the right amount of interesting to keep us (and John Watson, who Conan Doyle had us see Holmes through from the very beginning) interested.  Doctor John Watson was the one who impressed me though and has the potential to be one of the most sympathetic interpretations of the good Doctor to date.

My only issue so far is the art.  It’s good, but it looks unfinished and unpracticed.  The style is sketchy, which would seem more polished and/or intentional without soft focus black outlines to go along with them.  To me, the art seems a bit rushed, or like it should have been colored more or not colored at all.  If you like the art though, more power to you, we all know how subjective art styles can be.