Watch 4,000 Stop Motion Photos in Victoria+Jean’s “Why Won’t You” Video

Swedish duo Victoria+Jean wanted to make a strong statement with the second single off their debut album, Divine Love. They turned to director Christophe Thockler, who previously directed Lusine’s “Arterial” video, to wield his magic, and he didn’t disappoint. Composed entirely of printed photos, 10 liters of gasoline, and 1kg of powder, Thockler created a stop motion tour de force that combines the raw energy of Victoria+Jean’s track with the literal rawness of fire. “With this video, I wanted to do something I had never done before, a sort of metaphorically sensual piece of work,” Thockler said. “[It] was a perfect playground for me to play with rhythm, stop motion fast paced sequences, and of course, onirism and symbolism.” Be on the lookout for Victoria+Jean’s upcoming release dropping December 2014. 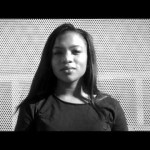