How to Cope with Mitchell and Webb is as good an introduction to Audible as any and has the dual purposes of being a great introduction to how British humor has evolved since Monty Python and through its hilarity, convince everyone that audiobooks are the best thing since reading was invented. Mitchell and Webb are best known for their cult-classic television show Peepshow where their characters introduced the world to the inner monologues of men, which turns out to be comedically inane in their constant worrying about sex and everything else that isn’t sex.

In this hour long listen, Mitchell and Webb set out to give you a guidebook on how to cope with a variety of everyday situations that cause an irritating amount of annoyance, such as getting dumped, coffee snobs, listening to nudists explain the philosophy behind their nudity, and the inevitable ravages of age. If laughing out loud listening to their explanations of your friends’ weird behavior doesn’t cure your hump day blues, then their overall message of having a more humorous outlook on the madness of the world around you just might. 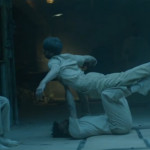