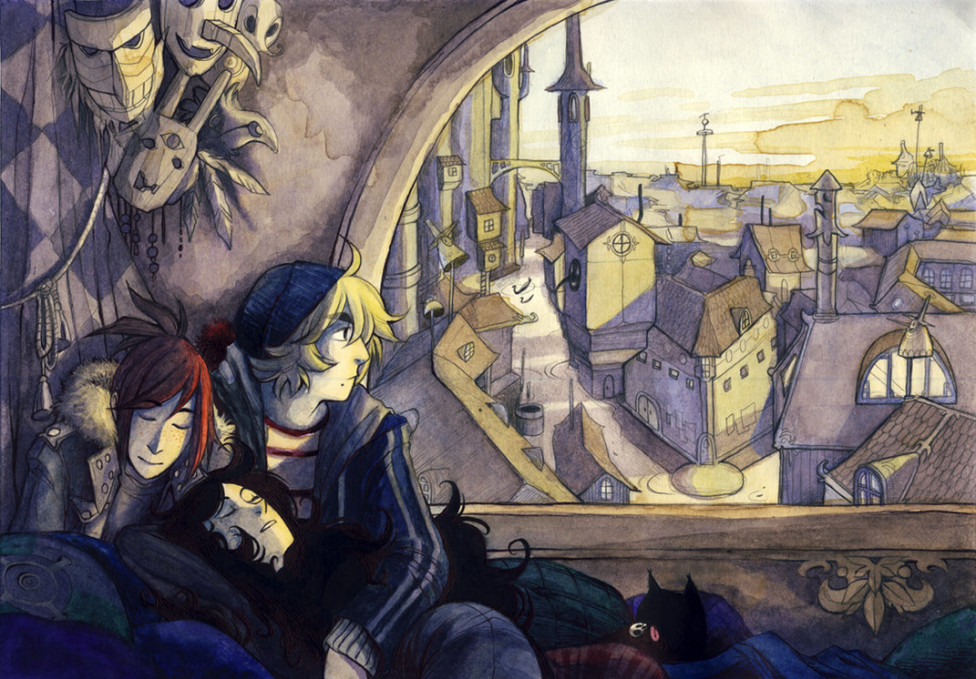 What starts off as a simple misunderstanding turns into a wild rescue mission after Colin is kidnapped and taken to Vinetia, a world populated by monsters, faeries, trolls, and all manner of inhabitants from European folklore, most of whom are keen to sample the miraculous properties in Colin’s human flesh. Meanwhile, Leona, who has been simultaneously blessed and cursed with a demonic-looking parasite that grants her superpowers, and long-suffering Miko must infiltrate Vinetia and attempt to save their friend before he’s literally torn apart.

Stylish, spooky, and cheerful even at its darkest times, Prague Race truly nails the feeling of stepping into a fairytale. Nordlund’s story and style show strong influences of both Japanese manga and her own rich Nordic background, while still keeping her own personal air of pleasant insanity among her many fun and memorable characters. The world of Vinetia is populated by all sorts of fascinating creatures and Nordlund’s imagination seems to explode off every page. While the first chapter is a slow start, once the ball starts rolling Prague Race becomes an engrossing avalanche of a story, with humor and worldbuilding that will sweep you right off your feet.