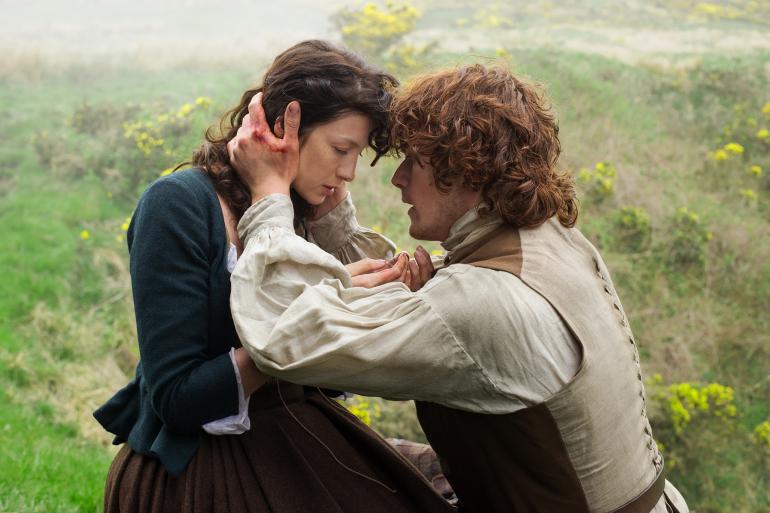 Claire Randall is a progressive woman who revels in her sexuality, doesn’t allow societal mores to make her act like a damsel in distress, and has agency. She’s also a skilled physician and often fights for her right to help heal the sick despite her husband Jamie worrying that she’ll get sick. 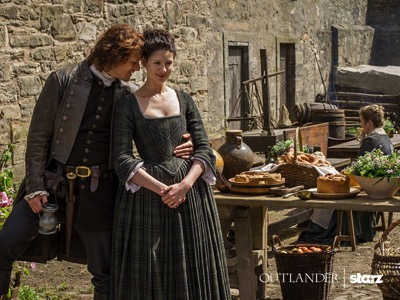 To begin, they respect one another. In a time where women were treated as property and were usually not allowed to speak their minds, Jamie finds Claire’s independence refreshing. Unlike most husbands in 1743-era Scotland, Jamie appreciates Claire’s talents for healing and her sharp tongue.

Gabaldon makes a point to show that unlike his superstitious peers at Castle Leoch, Jamie does not fear Claire’s knowledge of herbal remedies and does not think she is a witch. Once Jamie finds out that his wife is a time traveler, he often consults with Claire in order to navigate the future. For example, thanks to Claire’s knowledge, he was able to remove his men from Culloden in Outlander, and he knew when the American Revolution would begin in Drums Of Autumn.

Jamie is also considerate of Claire’s feelings. Even though the two were forced into marriage during Outlander, he insisted that the ceremony take place inside a church. The Scotsman also forced his uncle Dougal to find a wedding dress for Claire so that she wouldn’t have to get married in her dirty dress.

However, their relationship isn’t perfect, and that too is realistic. Normal couples are supportive of one another, but they do argue from time to time. Since both characters are so hotheaded, they often argue with one another. During the first novel, Claire fights Jamie tooth and nail when he wants to spank her for almost getting the clansmen killed. After the argument, Jamie apologizes to her and swears an oath to never lay a hand upon her again. 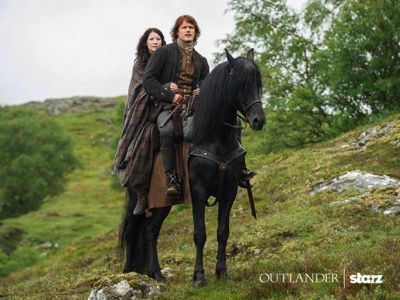 The two also violently clash when Claire returns to Scotland in Voyager and finds out that Jamie married her longtime enemy Laoghaire. Although the two were separated, Claire jumps to conclusions and attacks her husband be

fore fleeing off into the forest. She does wind up returning to save Jamie’s life after Laoghaire shot him and the two ultimately reconcile after he’s separated from his second wife.

Later on in the series, Jamie also forgives her for marrying his friend Lord John Grey after she mistakenly thinks he’s dead during Written In My Own Heart’s Blood.

As you can see from the many examples, Claire and Jamie are more than just supportive of each other, they are each other’s rock.

After Jamie is brutally assaulted physically and emotionally by Black Jack Randall in Outlander, Claire fights to save him from depression and is understanding of the resulting Post-Traumatic Stress Disorder. There’s also a heartfelt scene in the first novel where Claire finally gathers the courage to tell Jamie the truth about how she really came to Scotland. Instead of dismissing Claire for being delusional or killing her for being a witch, Jamie reassures his wife that he does not think she is mad. In fact, Jamie loves hearing what the 1940s are like and is fascinated by Claire’s description of objects such as airplanes or automobiles.

“In a series full of crazy plot twists and sci-fi hijinks, it’s good to know that strong, solid relationships are still held to such high regard.”

Like most couples in healthy relationships, Claire and Jamie understand that the other have obligations. While Claire does not like the fact that Jamie is risking his life when he is forced to join a militia in The Fiery Cross, she understands that her husband is a laird and it is his responsibility to watch over his men. For his part, while Jamie knows that some of the families in Fraser’s Ridge are wary of Claire’s healing abilities and think she’s a witch, he does not forbid her from treating patients.

While Jamie and Claire’s relationship is by no means perfect, it is a good portrayal of a healthy relationship, because when they make mistakes or argue with one another they always manage to have a heart-to-heart in order to come to terms. Plus, they’re incredibly supportive of each other and do not feel it is necessary to keep their partner chained to their sides.

In a series full of crazy plot twists and sci-fi hijinks, it’s good to know that strong, solid relationships are still held to such high regard when it could so easily be exploited for cheap erotica thrills. Like all great book series cherished by fans, it’s the characters, not the plot, that create such a lasting impression. If only other books could do the same.