The story the emails convey, however, expands past Eric and Mark to their wives and others affected by a similar mystery across the country, and hits a few  twists when Mark reaches out to an online community all too eager to help solve these enigmatic happenings, especially one “MrParanoia.”

Heisserer’s  tale is a clever modern twist on the Epistolary narrative, a multidimensional work that goes beyond Mark’s Emails to an “update page” Eric keeps  a type of epilogue that links his own personal blog, an IM chatlog between one of the murder victim and her friend,  and the personal blogs of affected. Each new medium represents a progressing branch, another layer of mystery and suspense on an already terrifying foundation.

The effectiveness of the tale’s horror is unique, in part because readers understand Mark’s mindset and feel the pace and tempo of his inner and outer workings, which more adroitly and tensely build up suspense and chill than the oft-used accelerating crescendos into dark corners.

It’s a horror that rests on each email as a single point it time, relying on the mind’s fail-safe need to fill in gaps with an even heightened sense of dread and suspicion.  There is nothing more terrifying than an unknown darkness, after all, except for the images the minds paints over it, and nothing more nerve wrecking than a receiving an email with only ” I THINK SOMEONES HERE. I JUST HEARD SOMETHING,” but the punctured silence that follows. 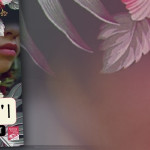