If a game had to be compared to David Lynch’s TV show Twin Peaks, many would say that Swery’s Deadly Premonition was the best product that anyone could have asked for. As it turns out, there was actually another game developed in Japan that directly referenced the show, and strange enough, it was doing a lot of things that games were not doing at the time.

Mizzurna Falls is a game that takes place in the Rocky Mountains of Colorado after the murder of a high school girl named Kathy Flannery disrupts the town’s quiet lifestyle. All of the personalities from the game’s inspiration are here: the smart-ass high schooler, the friendly sheriff, the sheriff’s receptionist. There is even someone named “Wolf.” There is no FBI agent that comes into town, though. There had to be some differences between this game and its inspirational material. Instead the player follows a high schooler named Matthew Williams who seems to have a romantic relationship with the murder victim.

There are a lot of unique and weird aspects of the game that was not being done for the time period that it came out. The game has a 3D open world that can be explored freely. Once the player steps outside of the beginning area Matthew can go anywhere in town that he wants. That aspect alone is pretty impressive because this was at least a year before 3D city travelling games like Shenmue and Midtown Madness really started to become popular. The game also has a day and night cycle, which means that certain characters cannot be met unless it is a certain time in the game, and buildings are open and closed at different times.

The crazy part about Mizzurna Falls is that it never came to the United States when it was released back in 1998. With elements of mystery-horror and its inspiration coming from a television show with a cult fan base, it is surprising that no one thought to translate it to English. Unfortunately, the game still has not been fully translated into English, yet but there is a fan who has been working on making that possible while providing a playthrough on Youtube.

I have been following “ResidentEevee’s” journey through Mizzurna Falls, and I am surprised that Japanese to English playthroughs of games have not become more popular. Not only is it cool to see games that never made it to America, but it seems to be a quicker way to document media culture than the years it takes to fully release a translated copy of a game. For now, it doesn’t look like we have reached such a reality, but until then we can enjoy the passion that was put into translating Mizzurna Falls. 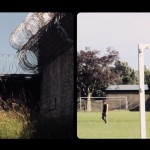