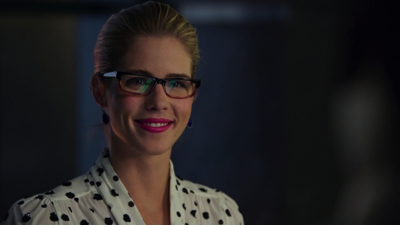 In previous seasons of the CW’s Arrow, the show was praised for developing well-rounded female characters such as tech genius Felicity Smoak, who always stood up to her love interest Oliver Queen when she thought he had a reckless plan to defeat the bad guys and Laurel Lance, who took on the mantle of the Black Canary as a way to both honor her sister as well as stand up for what is right.

Even though the third season of Arrow ended on a high note, the television show “jumped the shark” in the current fourth season and completely destroyed their three main female leads.

To begin, Felicity went from being a bright young woman who fought every obstacle in order to pay for her college classes at MIT to a stereotypical love interest that cried every time she got into a fight with her boyfriend Oliver.

The Arrow writers completely ret-conned her character in season four. She was previously written as a steely young woman who had no problem speaking her mind to a shrew that lambasted Oliver for lying to her about his illegitimate son, despite the fact that his son’s mother Samantha Clayton made him promise that he wouldn’t tell anyone.

Instead shoehorning in Oliver’s illegitimate son as an obstacle used to break up the couple and generate boring drama, it would have been far more interesting and realistic if the couple sat down to discuss their issues like mature adults.

Unfortunately, the writers did a complete 180 with Felicity’s character and had her walk away from the team because she did not want to see Oliver again.

However, Felicity was not the only female character on Arrow who suffered from the fourth season’s terrible writing. 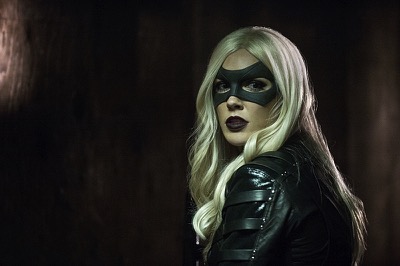 Laurel Lance went from being a well-rounded character who fought to overcome her addiction to alcohol and her grief over her sister Sara’s untimely death to a leading lady that barely had any screentime before she was killed off.

There was a glimmer of hope that Laurel would continue developing into a well-written character who had storylines independent of Oliver’s when she decided to resurrect her sister Sara from the dead.

After Sara was recruited to join Rip Hunter’s team of time travelers on the show Legends of Tomorrow, Laurel faded into the background and only appeared in an episode if it was to further Oliver’s own personal storyline.

Sadly, this tradition continued until season four, episode 18 when the current villain Damien Darhk used one of Oliver’s arrows to stab Laurel when she was out fighting crime as the Black Canary.

Even though she was rushed to the hospital and the doctors said she would make a full recovery, Laurel still passed away. Before she died, she admitted she was still in love with Oliver and she used her last breath to promote the “Olicity” (Oliver and Felicity) relationship.

In previous seasons of Arrow, it was implied Laurel had moved on from Oliver and had finally made peace with their past relationship. There was absolutely no indication that she was still in love with Oliver and pining for him until she blurted that line out of the blue on her death bed.

Killing off the Black Canary, who is an important character in the DC Comics universe, was clearly done for shock value and to further Oliver’s “manpain.”

The show did not even take a few episodes to explore the aftermath of a beloved member of the team being murdered, it simply went back to being business as usual and this is an indication that the writers believe female characters are expendable. 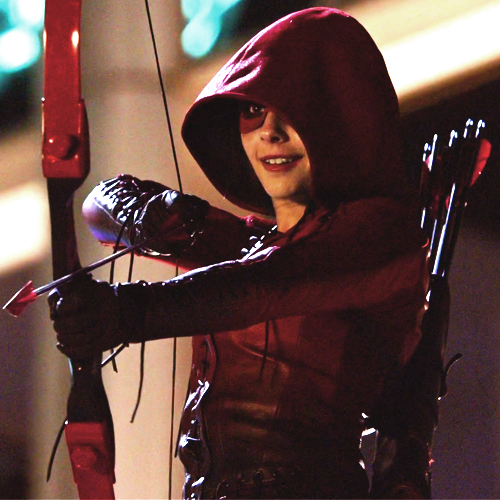 Finally, Thea Queen also got treated badly in Arrow season four. She had a near-death experience simply to add drama to a dull storyline and to further her brother’s storyline.

Given the fact that Thea’s biological father Malcolm Merlyn was the former leader of the infamous League of Assassins and decided to team up with Damien after Oliver forced him to step down from the position of Ra’s al Ghul, it would be reasonable to assume that she would have a meaty storyline about how conflicted she feels.

After all, Malcolm is the only living parent she has now but he is actively trying to kill her older brother.

The show also implied that Thea was close with Laurel and there have been no scenes that explored how she was handling her grief in the wake of such a tragic loss.

Unfortunately, the executive producers and writers of Arrow have destroyed all of the progress they made in previous seasons when they decided that their female characters were expendable and only good for furthering Oliver’s storyline when it suited them.

They have also shoved well-rounded female characters who deserved to have their own personal storylines independent from a male character into stereotypes such as “the shrew” and “the lovesick ex-girlfriend who still pines for the hero.”

If Arrow wants to see its ratings improve, the writers and the executive producers should work on giving the female leads interesting storylines that are independent of Oliver’s in the upcoming fifth season.