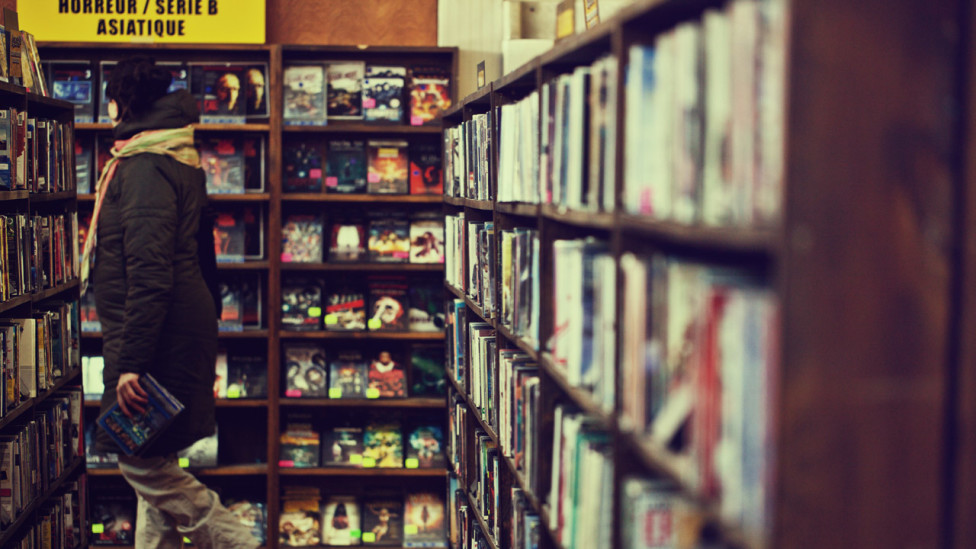 With Blockbuster now closing the remainder of their 300 stores, the “video store” is quickly becoming an archaic relic of the ’80s and ’90s. Friday Night at the Video Store is an interactive documentary that explores the death of video stores by interviewing five independent video store owners. In the flash-based website, you click on video titles that then play audio of the interviews. The whole thing is designed to look like a DVD menu screen complete with a “bonus” section.

It’s interesting to hear each storeowner talk about why they got into the video business and explain how the business has changed over the years. Despite the differences in video stores (one specializes in Nollywood titles, another sells adult films) , each store owner has the same philosophy about video stores being an important social beacon for neighborhoods. The internet can’t replace face-to-face contact with like-minded film lovers, and that’s the crux of the issue.