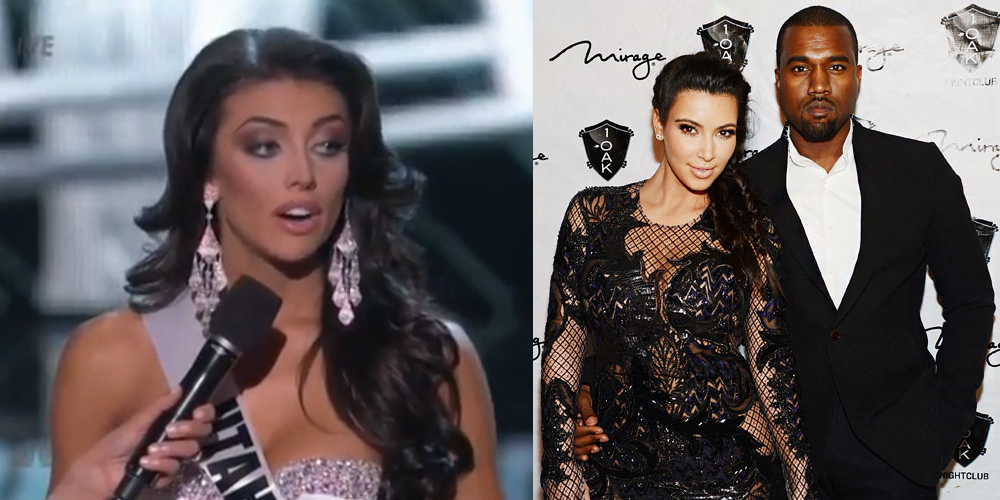 “In Defense Of…”: Why Some People Don’t Need Defending

When Miss Utah botched an answer to a question about equal pay during the 2013 Miss USA pageant, she was lauded by everyone. Shortly after Uproxx, Gawker and Vulture had their fun poking fun at the Miss USA contestant, up cropped a bunch of think-pieces that defended the poorly articulated pageant response. “I have no idea what I would have said if someone had asked me such a moronic question on live television,” said a blogger at NPR’s blog, Monkeysee. “How do we not take it just a little personally when everyone seems so overjoyed to find a new silly woman to take the place of the last??” asked Buzzfeed.

The Washington Post then responded to the onslaught of “In Defense…” articles by writing yet another “In Defense…” article, except this time defending their right to make fun of dumb beauty pageant contestants. “But given that she was competing for a position that requires public speaking, she should be able to string together a few sentences that make sense,” they wrote.

Everyone, please stop. This is getting out of hand.

The rise of “think pieces” about everything — from sexism in Monster University to “in defense” of Serena Williams (seriously?) — has somewhat diluted the medium. And when things start to feel too saturated, when too much muck is being thrown back and forth, it just creates a bunch of noise. Does Kanye West and Kim Kardashian really need defending? Or is this just a bored writer trying to leech off a subject that has already been covered ad nauseum?

But then again, to agree with this will make me look like a massive hypocrite. After all, here I am writing a think-piece against think-pieces that are a response to other think pieces. But the piggy-backing and aggregating is a part of modern digital media, and I don’t have a problem with that. We do it here at (The) Absolute all the time. No, my problem are writers who are “defending” subjects just so they can be apart of the discourse, regardless if they actually have anything insightful to contribute or not. I mean, does Kanye West and Kim Kardashian really need defending? Or is this just a writer who realizes that everyone else is writing about Kanye West and they want to write about Kanye West too, but they have to approach the subject from a different angle to appear fresh and original? It’s a never-ending cycle.

Please. Throw in the towel. Step away from your blog. Stop being a public defender for page hits.