In Dray’s first two novels, readers watch Cleopatra Selene II, the daughter of infamous lovers Cleopatra VII and Marc Antony, grow from terrified captive to young Queen. By the time the third book opens, Selene is an experienced ruler who knows the ins and outs of playing the political game. Readers get a glimpse of the endless machinations of the imperial court of Rome and their client kingdoms, which includes Selene’s adopted land of Mauretania as well.

Despite the endless jockeying for position and prestige in imperial Rome, Selene’s story is about survival. She learns to put aside her bitter hatred and awakens to find love again. From falling in love and learning to trust Juba II, the man she was forced to marry, to re-building a familial bond that Selene once thought was lost forever (despite the emperor Augustus’s efforts to destroy her soul), Selene perseveres in living her life on her own terms, not anyone else’s. These lessons also help her realize that she cannot force her eldest daughter, Cleopatra Isidora, to follow the queenly path Selene herself walked, and she learns to let her daughter go to live her own life.

Readers who adore the character of Alexander Helios will also finally learn what happened once and for all to the young prince of Egypt. It’s a fate that is certain to shock some readers, but Dray ends his story in a way that is entirely satisfying.

In the end, Daughters of the Nile is a well-written ending to a delightful series. From little girl to powerful client Queen, Dray has brought Cleopatra’s daughter to life and allowed the world to get a glimpse of the iron will and stubborn strength of the last Ptolemaic Queen. 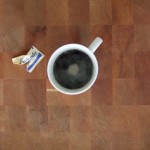