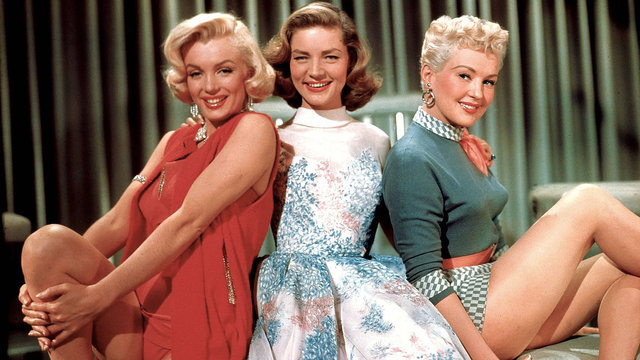 A Short Documentary About the Evolution of Home Theater

The way we consume media is changing more rapidly than ever. It’s hard to believe that less than five years ago streaming services (like Netflix, Amazon Prime, etc.) didn’t exist. We actually had to (gasp) shove little silver discs into our (gasp) DVD players. This short documentary by FilmmakerIQ explores the history of home theater and how we came from nickelodeons to streaming HD videos over the Internet. The video is part of an ongoing series that explores the history of film and technology. If you liked this video, also check out The Changing Shape of Cinema – The History of Aspect Ratio, The History and Science of Color in Film, and The Evolution of Modern Non-Linear Editors: From Tape to Digital. 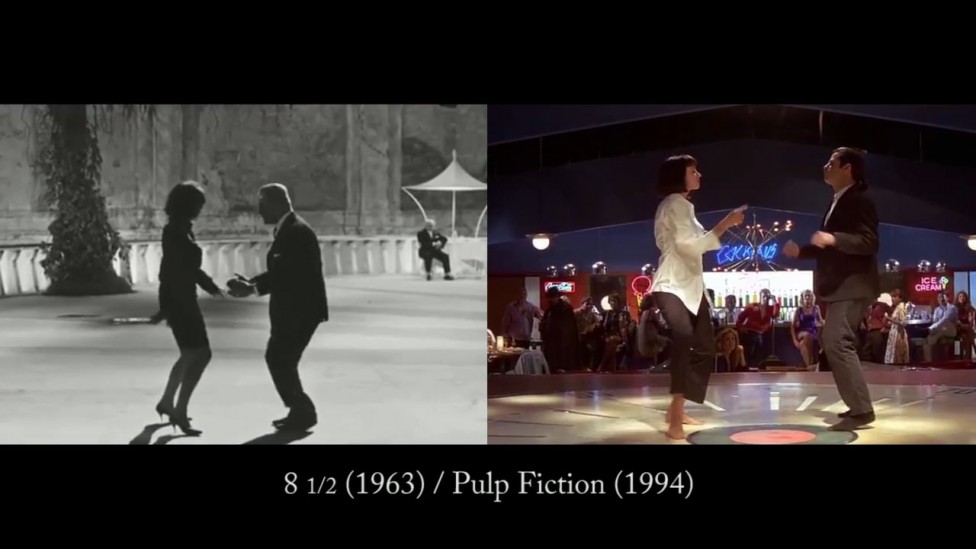 Quentin Tarantino’s endless bag of cinematic homages that pop up frequently in his films is something film nerds have pointed out for years. But unless you’re a cinephile yourself, the endless hat tips to Lady Snowblood or The Good, the Bad, and the Ugly probably spiral over your head.

This short video, a part of Indiewire’s “Genius Directors in Three Minutes” series takes a scene by scene look at the numerous cinematic references and homages that have appeared in the director’s work. The video uses split screen demonstration to show exactly how carefully he replicates scenes, sometimes as exact as the angle of the shot and the color of the composition.

Of course, many might watch this video and roll their eyes at how much has been “ripped off,” but true artists know no art is ever 100% original. The video proves there’s truth to the famous saying: good artists borrow; great artists steal. 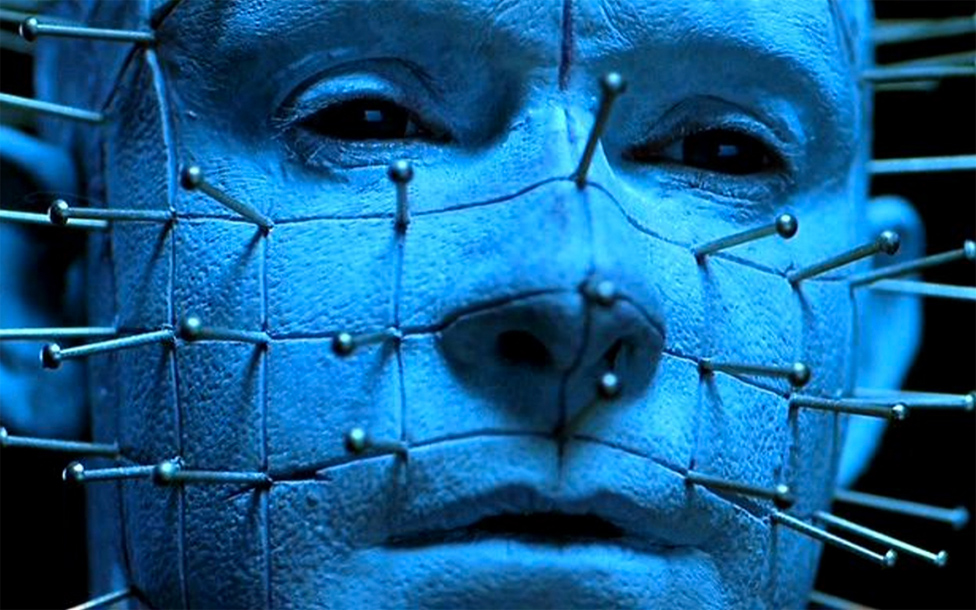 Listen to the Unreleased “Hellraiser” Theme Deemed Too Weird by Executives

When I was younger and more of a coward, perhaps due to my naiveté or my credulity, I would sometimes mute the television when watching a horror film, right before the imminent jump-scare. Even at a young age, I was able to determine that music was a large, contributing factor in creating the tense atmosphere that brought terror. Nowadays, I would consider doing that a shame and a disservice to the awesome musicians who compose such spine-chilling themes, and thus, I now enjoy horror films on full volume.

There is, however, one film where I can’t do that–Hellraiser. END_OF_DOCUMENT_TOKEN_TO_BE_REPLACED

Half Horror and Comedy, “Race With the Devil” Is the Cult Classic You Have to Watch

Director Jack Starrett’s action/horror/thriller A Race With the Devil is everything you’d expect and more from a 1970s film of its sort—meaning that it’s both ridiculously creepy and strangely hilarious at the same time.

Imagine what would happen if you put two young couples in a top-of-the-line RV and then have them chased by a freaky cult after witnessing a secret ritualistic celebration in the woods. Just about every thing that could go wrong does go wrong. From broken awnings to dead dogs, it’s not a pretty picture.

However, when you combine the terror of the plot with the ridiculously macho actors Peter Fonda and Warren Oates, you’ve got yourself an instantly good time that’s nestled somewhere between hiding behind a pillow to laughing your but off. I’m not sure if it’s the film’s age or its storyline, but something makes A Race With the Devil more entertaining than it’s even trying to be.

They just don’t make movies like they used to.

If you’ve ever heard the term “film essay” and not had a clue what it actually meant, you’re missing out…big time. Film essays are a curious thing. They’re not quite documentaries, but they’re not full-fledged, plot-driven fictions either. So what are they? Well, it’s kind of hard to explain.

Sans Soleil by Chris Marker is one of them. Circling the theme of memory, this film travels the world with a single female narrator reading a long letter throughout the entirety of the movie. That may sound boring, but I can promise you that it’s anything but. Filmmakers are raised on this work that is self-reflexive in its form and poetically deep in its content. You can’t quite put your finger on what’s being told to you, but you most certainly can feel it. If you’re looking for a quick thrill or some action-packed sci-fi, this is not your movie — but if you’re interested in watching something that redeems the values of art-making in the last century, then this is your film.

Check out the first minute of the film in the above video, then go get yourself a copy. 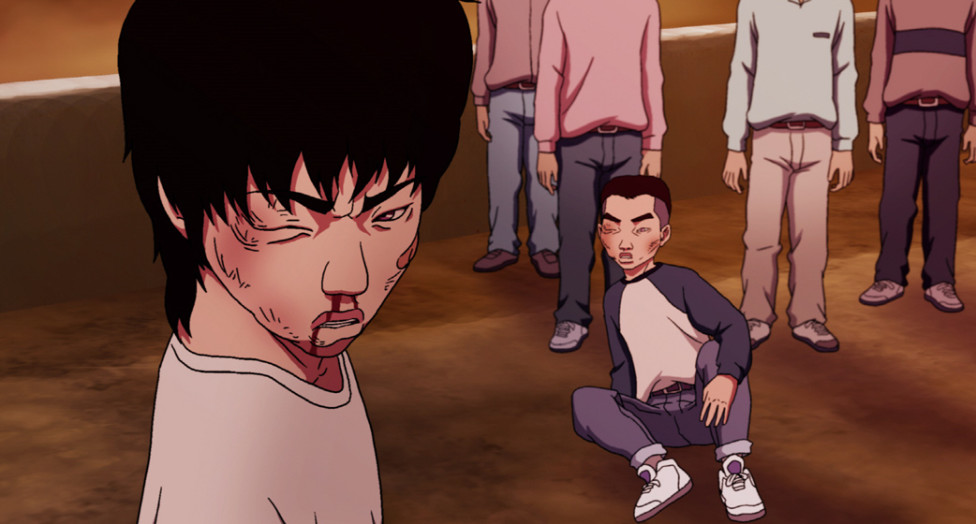 The King of Pigs: Korea’s First Cult Splash Into the Animation World

These days most entertainment exported from East Asia, whether it’s a pop band or the next film wave, comes out of South Korea. However, one market they still haven’t conquered is animation, a medium that Japan still has on lockdown. But that doesn’t mean Korea hasn’t tried to steal their crown. The King of Pigs, a 2011 film about school bullying, is Korea’s first international splash into the animation world–and boy is it intense.

In the movie, two high school friends reunite to discuss an emotionally scarring school year that still haunts them. Relentlessly bullied as teens, they seek friendship and safety with Kim Chul, the so-called “king of pigs,” who makes it his life mission to defeat the bullies. But, as expected, it all ends terribly.

END_OF_DOCUMENT_TOKEN_TO_BE_REPLACED 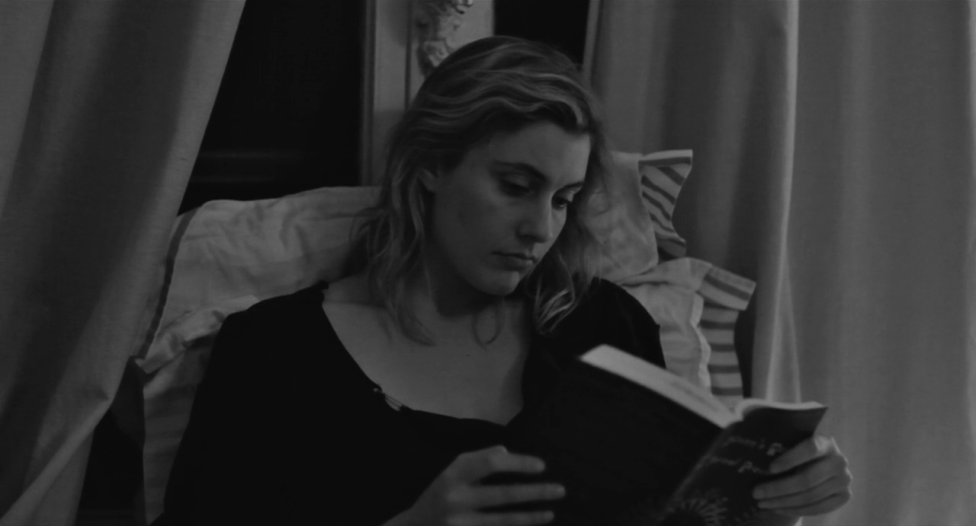 We’re no stranger to unusual Tumblrs, but this one we recently discovered might be one of our favorites. Reading in Movies is, quite simply, pictures of people reading in movies. It’s so simple in its premise that it’s kind of genius. Although there are similar Tumblrs, like People Reading in Movies and Books in Movies, Reading in Movies doesn’t try to put too much focus on what these characters are reading and instead focuses on the simple beauty of people reading, letting the two mediums combine in a way that’s weirdly captivating. But of course, when you merge two of our favorite things, it’s bound to be a perfect concoction.