END_OF_DOCUMENT_TOKEN_TO_BE_REPLACED

I’m not usually one for the bleeding heart memoir and I started Little Princes: One Man’s Promise to Bring Home the Lost Children of Nepal with a certain amount of ambivalence. I didn’t want to be emotionally blackmailed about this story of orphans and some social justice crusader. But in all seriousness, Conor Grennan probably deserves the recognition and attention he’s received for his contribution to these children’s lives.

“They weren’t orphans. These were children who had been lost to their parents.”

END_OF_DOCUMENT_TOKEN_TO_BE_REPLACED 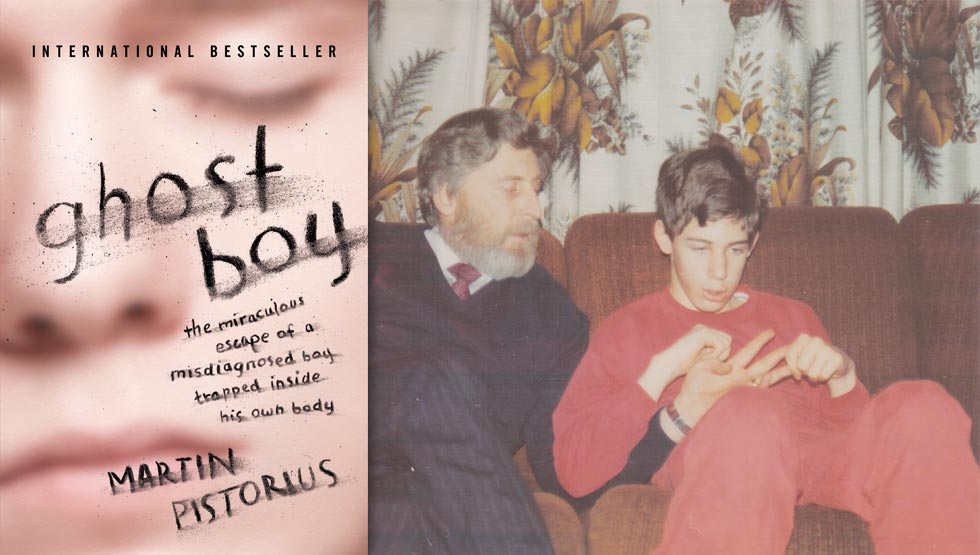 If you hadn’t noticed, my Memoir Mondays are mostly chef memoirs interspersed with the stories of media personalities. I like food and mostly work in media, so of course I like reading about people in those fields, but once in a while a friend will recommend me something outside my usual literary haunts that will totally snag my attention. Ghost Boy: The Miraculous Escape of a Misdiagnosed Boy Trapped Inside His Own Body is something I would never have picked up on my own, with a subject so peculiar and intimate.

Martin Pistorius was 12 years old when he fell into a mysterious coma and regained consciousness only to find his mind to be the only responsive part of his body. What makes this book such a compelling read is the universal horror any sentient person would feel had they been in Pistorius’ position, to be considered not a person but some kind of living object with perhaps no more feeling than a houseplant. That’s what life was like for Pistorius from age 15 to 26.

END_OF_DOCUMENT_TOKEN_TO_BE_REPLACED

When Marcus Samuelsson won Season 2 of Top Chef Masters, he technically didn’t even own a restaurant. He had a denim chef’s coat with Red Rooster printed on it, but at the time of the show’s filming, the restaurant was barely out of its conceptual stages. When Marcus was competing for the finale, he was flying back and forth from DC, hammering out the details of the menu for President Obama’s first state dinner.

When Marcus was adopted by a Swedish couple and raised in an almost completely homogenous country, the other boys used to shout “neger” at him because he was Ethiopian. When he moved to America, he learned that he would still occasionally be called a “nigger,” but at least the black and ethnic communities had a greater foothold in the States than they did in the Swedish kitchens he trained in.

END_OF_DOCUMENT_TOKEN_TO_BE_REPLACED

I am not a huge Julie Andrews fan, however her memoir is the only other actor’s memoir I own besides Michael Caine’s simply because her voice is soothing to listen to. Home: A Memoir of My Early Years covers a relatively short period in Andrews’ life, spanning from her childhood to her early career as a young vaudeville actress in Britain to being a Broadway celebrity, just barely hinting at her film career toward the end of the novel, teasing readers with the telling of a meeting with Disney himself to be offered the role of Mary Poppins.

END_OF_DOCUMENT_TOKEN_TO_BE_REPLACED

According to Richard Dawkins, Step 1 of Making a Scientist: Khaki Shorts and a Butterfly Net

Richard Dawkins’ memoir, An Appetite for Wonder: The Making of a Scientist, is the first of prospectively two volumes—Dawkins admits at the end that he may very well be “carried off by the unpredictable equivalent of a sneeze”—and mainly has to do with his fairly idyllic childhood spent in Africa, his comparatively miserable experience in the dreaded English boarding school system, his education at Oxford, and his early years of research up to the publication of his first book, The Selfish Gene.

Dawkins’ has a clear and outspoken personality, which has earned him acclaim as a scientist and made him a rallying point amongst militant atheists. He really fits the character of the mild mannered British scholar who can still say “I beg your pardon, did you say…?” while arguing with someone as unctuous as Ted Haggard without irony or sarcasm.