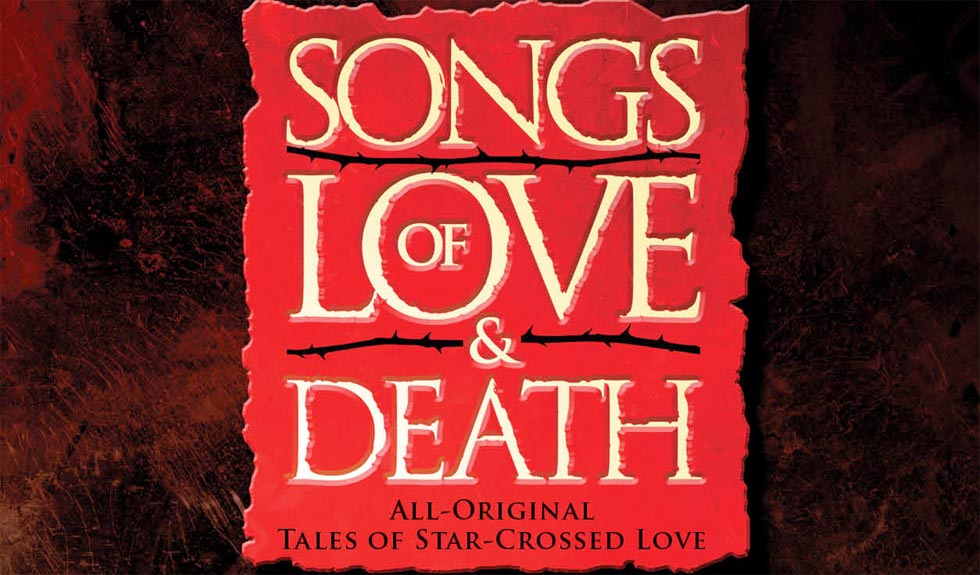 I love the idea of anthologies–getting them for one author and discovering others–but what inevitably happens is I wait for the starring author to publish their contribution separately as a Kindle Single or go to a Barnes and Noble and read through the stories I’m actually interested in, skipping everything else. But every once in a while an anthology comes out that’s pure magic cover to cover, and all it took was George R.R. Martin on the editing team.

Songs of Love and Death: All-Original Tales of Star-Crossed Love includes Jim Butcher’s “Love Hurts,” a short story from the Dresden Universe that promises to solve at least some of Harry and Karen’s UST, and Neil Gaiman’s creepily mind-blowing imaginary girlfriend story, “The Thing About Cassandra,” both totally worth the anthology’s negligible Kindle price. However, also worth reading are M.N.L. Hanover’s haunted house story, which brings some genuine chills, and a sci-fi classic about a middle-aged man and his alien love, reinvented with use of the internet, by Peter S. Gould. And of course, the pièce de résistance, a snippet from the Outlander Series by Diana Gabaldon rounds off this anthology’s offerings of bittersweet romance.

END_OF_DOCUMENT_TOKEN_TO_BE_REPLACED

Seven months ago, Talks at Google invited author Neil Gaiman to stop by to chat about his new novel The Ocean at the End of the Lane. Gaiman starts the interview by joking that he wrote Ocean “accidentally” and explains that the idea for the novel occurred when his wife Amanda Palmer had to go to Melbourne, Australia for work. While his wife was in another country recording an album, Gaiman admits that he missed her terribly and wanted to write her something.

“Sending her a short story seemed like a really good idea,” Gaiman quipped and went on to describe how he toned down the fantasy, which is his trademark, and instead put in elements that he knew Amanda, as a reader, would enjoy.

However, over the course of the writing process, Gaiman admits that it went from a short story to a novel. Once his wife returned and the couple went to Dallas on business, he emailed his editors to let them know how the work had progressed. Although in the past Gaiman mused that he’s written pieces that were autobiographical in nature, The Ocean At the End of the Lane is the first one that has made friends and family members cry.