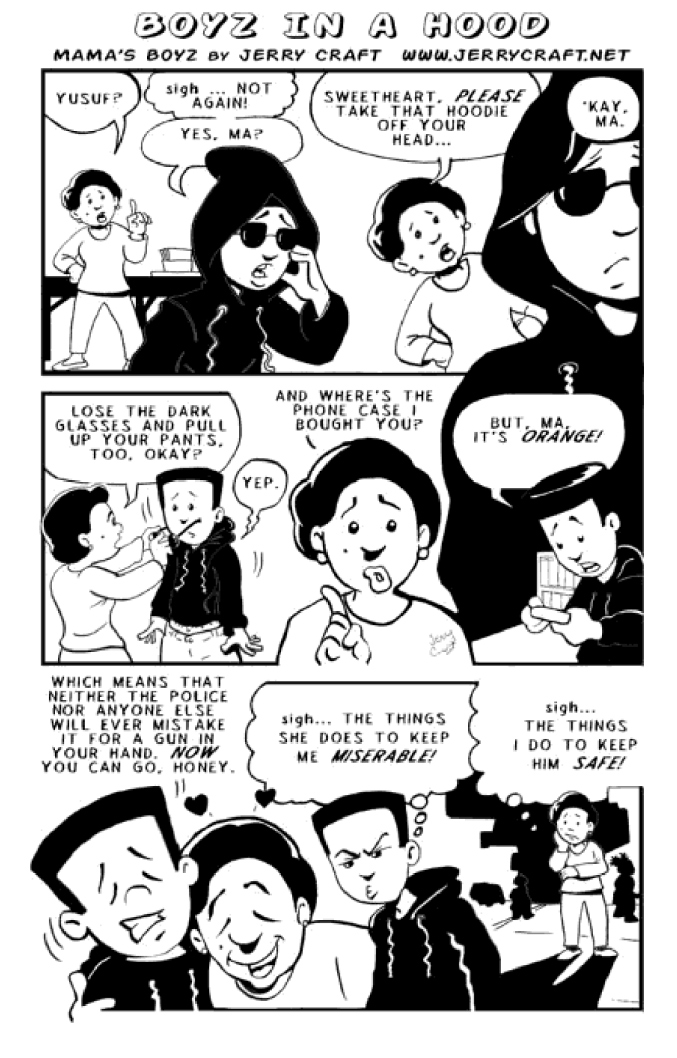 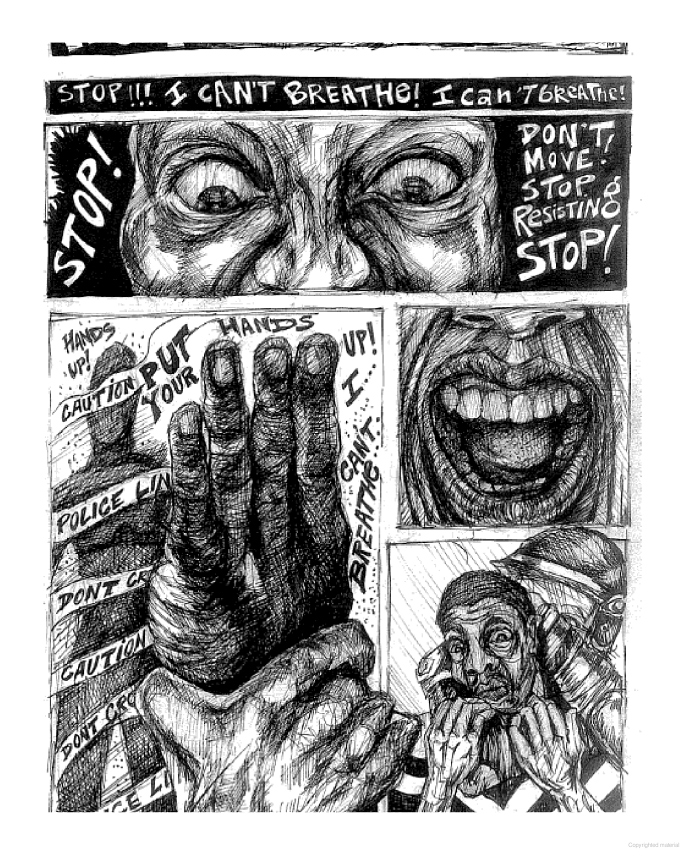 Brother Ali, the blind and albino hip hop artist who dropped the track “Uncle Sam Goddamn,” isn’t afraid to make a statement in his music, and if this is your first time listening to him, he’s sure to leave an impression. Defying the odds, Ali manages to see so much without being able to see at all, making a rather bold statement on America, “land of the free.”

His chorus alone is dense enough to spend hours unpacking, and when the verses start flowing so does the dialogue of social justice and what it means to be a citizen of the United States.

His powerful lyrics may not be what you want to hear, but it is no doubt something you should be hearing.

Posted in: Music, Video
Tweet This ♥ this
View Gallery → 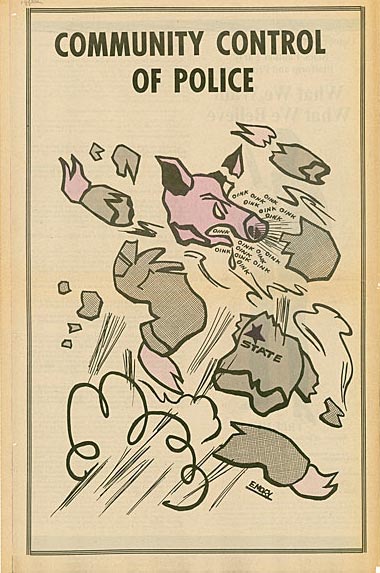 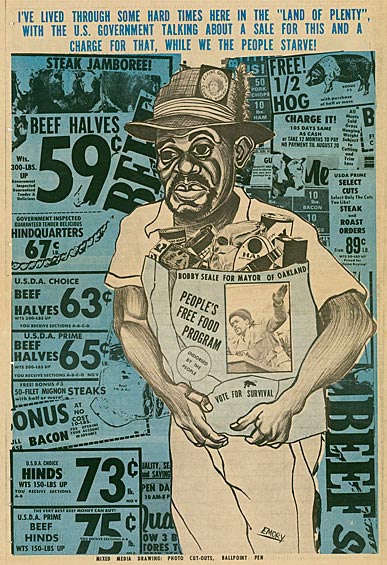 Emory Douglas was just a college student when he joined the Black Panthers as their art director. Inspired by revolutionaries from across the world, his bold illustrations became the party’s visual identity. Most of his art was created for the Black Panthers newspaper, a visually rich publication that made art its central focus. The idea was that by using art, the Panthers’ message could be easily understood by everyone, regardless of economic background or reading level.

Although the Black Panthers disbanded in the early ’80s, Douglas’s art lives on. From books to art exhibits, Douglas’s art is as much a history lesson as it is a mirror of society’s repeated mistakes. The above images are a selection of curated works taken from Black Panther: The Revolutionary Art of Emory Douglas. Weirdly enough, despite being more than 30 years old, his art seems more relevant today than ever before. If you’re a lover of history or revolutionary art, Douglas is an artist you must know.

END_OF_DOCUMENT_TOKEN_TO_BE_REPLACED

Bold feminist Gabriela Ramirez discusses how misogynistic beliefs in our society are at the root of the catcalling problem during a TEDTalk at the DaVinci School in 2013. She begins by defining the word “misogyny” before launching into a hair-raising tongue-lash at street harassers who think it’s a-okay to cat-call women. Ramirez points out that we as a society have never learned to respect others, which is why cat-calling is brushed off by the general public as “no big deal” when in fact it’s a huge issue and causes women of all ages to cautiously monitor their surroundings whenever they step outside.

She also adds that one in five women will be victims of sexual assault before the age of 18 and that the abusers were once teenagers who likely started off committing “small” crimes, like cat-calling. From how the media perpetuates harmful stereotypes to how breast cancer campaigns erase living, breathing women, Ramirez’s speech is an evident wake-up call.

Rage Against the Pitfalls of American Culture in “Did Your Culture Kick You Out?”

Dan Tarnowski’s thought-provoking poetry chapbook Did Your Culture Kick You Out muses on the pitfalls of American society and culture. Although we’d like to believe that the United States is the land of the free and the home of the brave, that is not always so. In fact, Tarnowksi’s poetry points out the severe injustices that are done against innocent Americans.