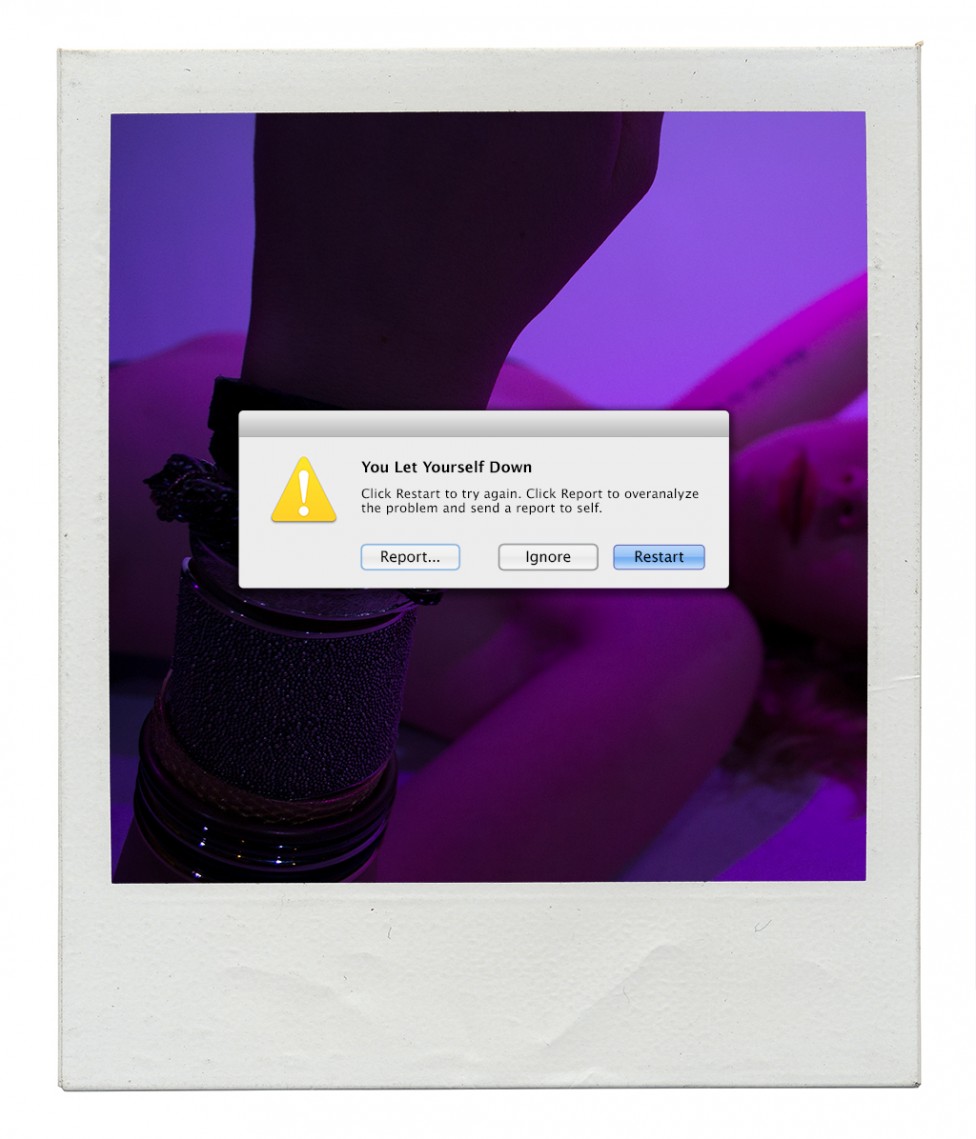 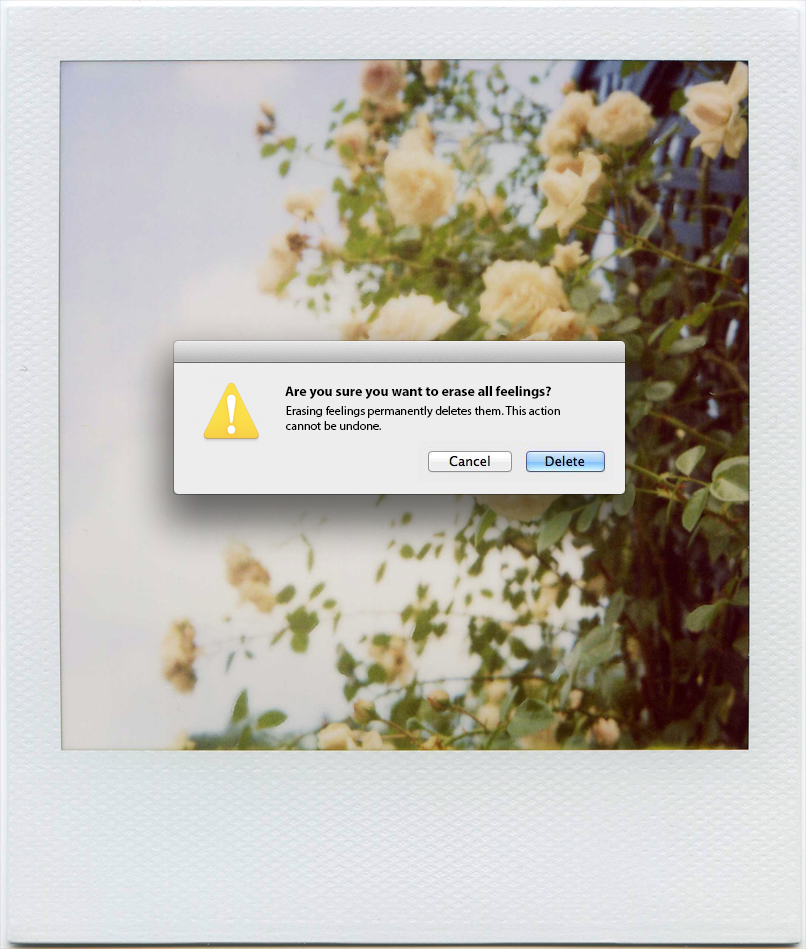 “Human Error” Is What Heartache Looks Like To The 21st Century

Using simple Polaroid photos she conveys the limits of depression, self-loathing, and heartbreak by combining them with Apple error messages. The juxtaposition is striking, merging the cold language of technology with the human experience.

If you’re on Tumblr you’ve probably stumbled across her work on more than one occasion. But what you might not know is that you can view her complete series on her Behance page. She also sells prints on Society6. 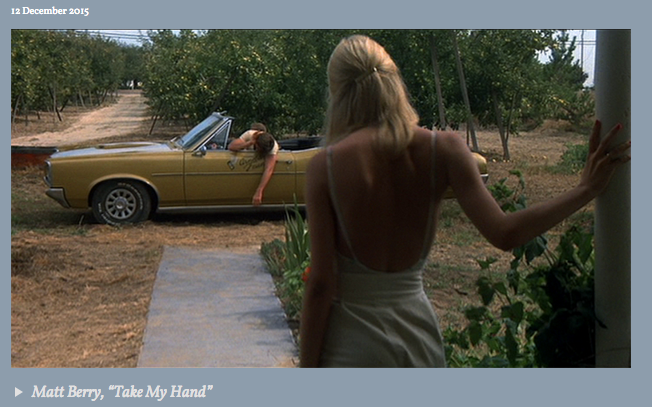 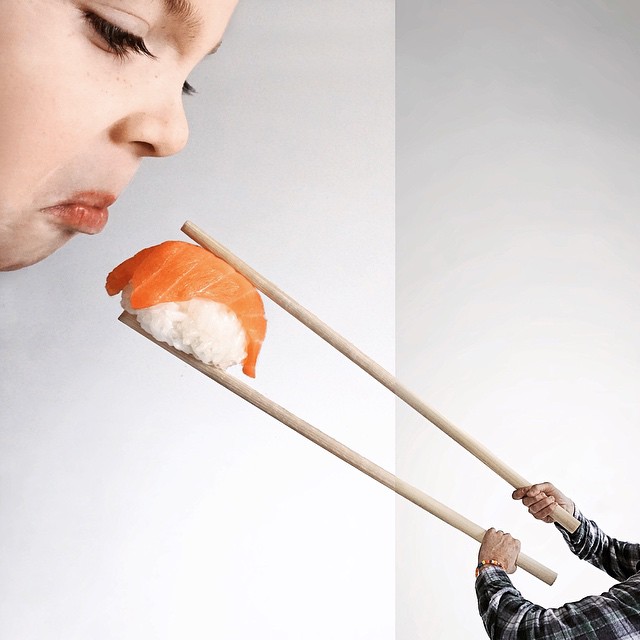 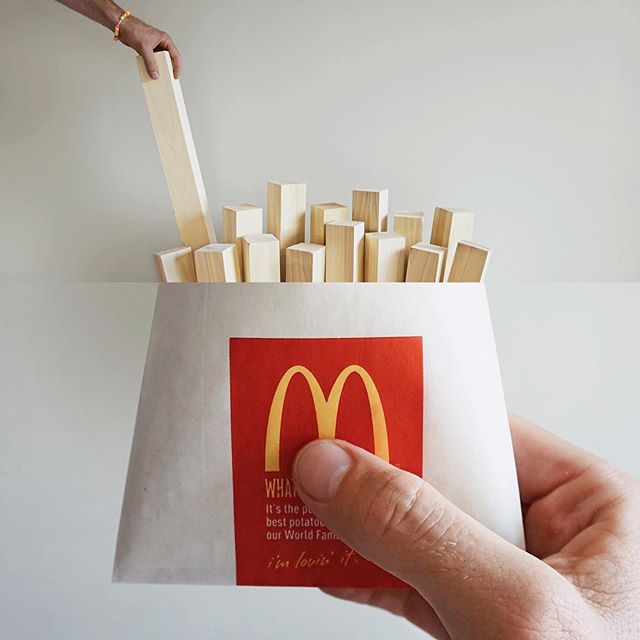 Art director/photographer Stephen McMennamy fell in love with photography through Instagram. So it feels appropriate that his successful account is home to his unique photo series that combines two different type of photos into quirky new creations. It sounds contrived in words, but once you see his work it’s obvious how extensive his creativity is. From people skiing on ice cream cones to jets morphing into birds, his photos are imaginative, fun, and a mischievous time sucker. For more of his creations, he also keeps a second Instagram of his no-so great combo photos appropriately titled @combophotofail.

When someone thinks of high fashion and designer dresses, he or she usually isn’t thinking about dirt, water, and volcanoes… unless that someone is Liliya Hudyakova, in which case, that’s all she’s thinking about. On her simply titled blog Photo & L’art, Hudyakova brings together the two worlds of designer couture and the natural elements. While combing Mother Nature with all things materialistic may not seem like an obvious pairing at first, it turns out that these two opposing worlds actually click pretty well with each other.

Made by an artist with an eye full of imagination and a love for all things beautiful, this blog is definitely worth checking out. It may be a simple concept, but the visual quality of the pages are mesmerizing, and the places they allow your mind to wander are just as interesting. Next time you need a quick break, skip the Facebooking and spend some time scrolling down Hudyakova’s pages instead. Who knows? You may even see the world a little bit differently after doing so. 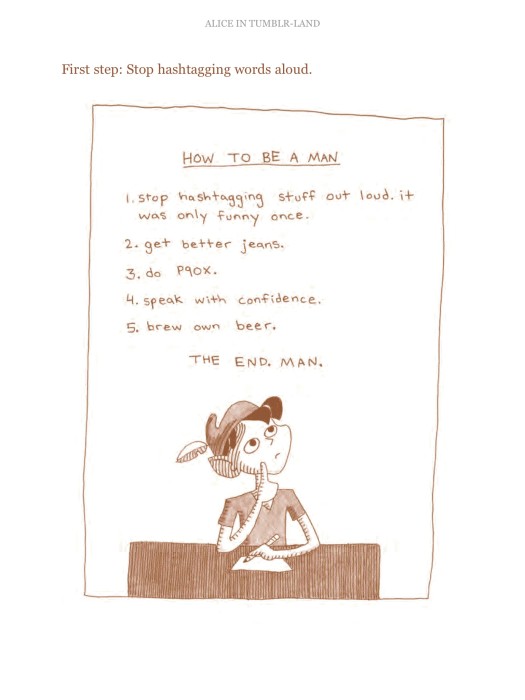 Alice in Tumblr-land: And Other Fairy Tales for a New Generation blends fairy tales, internet culture and twentysomething relationships.

Multiple narratives are told through short segments, usually with delightful sketches of reinvented Disney characters. The result is like scrolling a fairy-tale Tumblr feed. Robin Hood’s made a new social media campaign, but is he actually fighting poverty or just encouraging slacktivism? The Tortoise and The Hare can’t stop Facebook-stalking each other and comparing lives. The Ugly Duckling seeks a flattering Instagram filter. Chicken Little tries Xanax, while Little Red Riding Hood is sick of meeting wolves on OK Cupid.

Readers watch familiar characters take on familiar and unfamiliar challenges of adult life in this delightful book. Although the concept of Disney princesses and Aesop’s animals experiencing career crossroads and bad dates (and posting on Facebook and Instagram) is hilarious, the overall narrative is deeply sympathetic to the twentysomething experience. While it’s not hard to find editorials trivializing post-college dilemmas and social media encounters as millennial navel-gazing, Alice In Tumblr-Land goes the other way, offering compassion and understanding on the struggle to happily-ever-after.