Sette Frummagem has a job to do.  Tasked by her crime boss father to find and demand payment from her mysterious cousin Stockyard, Sette must cross into a country on the brink of war, avoid confrontations with Peaceguards and bandits alike, and prove herself a worthy heir to her father, all while keeping a morose zombie companion in tow.  And that’s just the beginning of the strange and engrossing story that is Unsounded.

END_OF_DOCUMENT_TOKEN_TO_BE_REPLACED 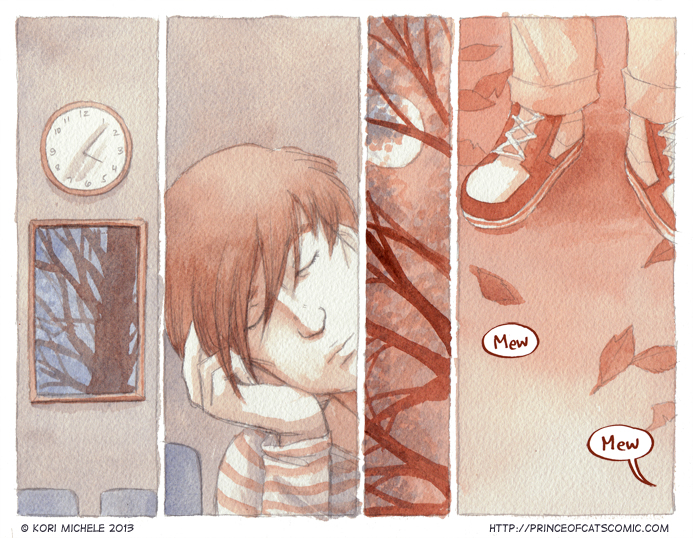 Enter a Queer Modern Fairytale With “Prince of Cats”

Once upon a time a boy saved a kitten from a tree.  As thanks, he was rewarded with one wish: the power to speak to cats until that wish was granted. Time passed, and once upon another time the boy fell in love with his best friend.

So sets the stage for Prince of Cats, a webcomic that seamlessly blends elements of fantasy, romance, and LGBTQ fiction into one beautifully illustrated result.  The story focuses on the lives of Lee Holtzer, our eponymous Prince of Cats, and his best friend Frank Murakami.  Lee is popular, dramatic, and impulsive while Frank is shy, creative, and responsible.  Both of them are far cries from traditional teenagers; Lee’s magical connection to the cats of his mountain town raises all kinds of problems and doubts, and Frank’s life revolves strictly around the maintenance of his family’s farm and the health of his aging father.